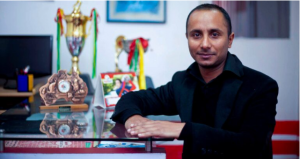 The bench of Judge Deepak Dhakal decided tuesday that the charges of child sexual abuse against Pandey are validated.

The court will however determine the punishment by setting another date. According to the civil code anyone found guilty of child sexual abuse can be sentenced to three years in prison, along with a fine of Rs. 30,000.

A case had been filed against Pandey at the court on the charge of raping a participant in the ‘Miss Global International’ competition held in 2014 and sexually abusing her for a long time.

The survivor alleged that Pandey sexually abused her continuously for six months after taking photos and recording videos of the sexual assault. She took to the social media to share her ordeal which led to huge public outcry, leading to filing of a police complaint and subsequent arrest and prosecution of the accused.