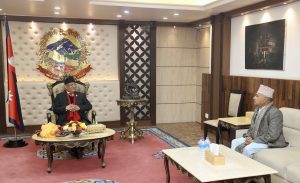 During the meeting, discussions were held on expansion of the Gandaki Province government and contemporary political topics. The Chief Minister is preparing to expand the provincial Cabinet.