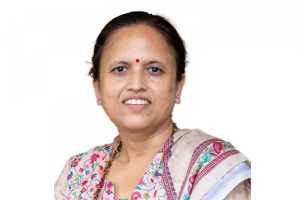 Kathmandu: Minister for Communications and Information Technology, Rekha Sharma, has been named spokesperson of the government.

The Cabinet meeting held in Singh Durbar on Wednesday decided to form a committee to determine criteria to distribute decorations.

After the meeting, Deputy Prime Minister and Finance Minister Bishnu Paudel informed that the committee was formed on distribution of decoration and medals. “The study committee was formed to ensure that right persons in the related sectors would be honoured and the country felt proud on it while selecting persons for decoration and medals,” Poudel added.

Similarly, the Council of Ministers decided to have compulsory presence of Ministry of Foreign Affairs representative during the meeting with foreign dignitaries.

Debraj Adhikari has been appointed the chairperson of University Grants Commission, he said, adding that every ministry has been given a week to prepare plan of action for the implementation of government’s common minimum programme.