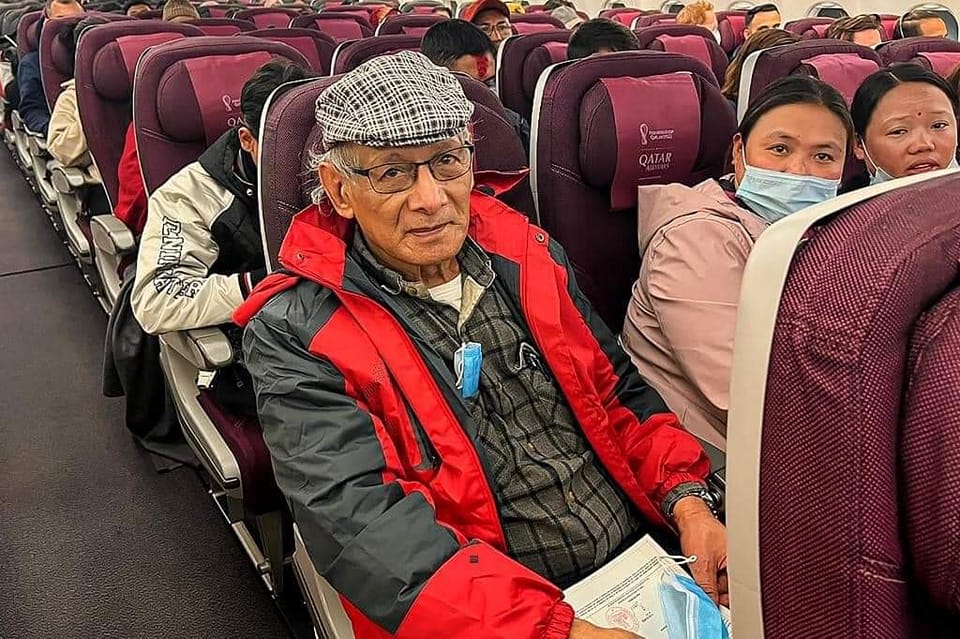 Kathmandu: As per the decision of the Supreme Court, the government on Friday deported French national- a bikini killer Charles Sobhraj. He is prohibited to visit Nepal for ten years.

Officiating Director General at Department of Immigration, Pradarshani Kumari, informed that Sobhraj was sent to his country- France via Qatar Airways.

He was released from jail on Friday itself. Information officer at Department of Prison, Ramchandra Shivakoti, said Sobhraj was freed from jail in the morning and handed over to the Department of Immigration. All necessary arrangements for his deportation were made by the Immigration after the court order.

The Supreme Court had ordered the government to deport Sobhraj within 15 days. He was handed down life imprisonment 19 years back in a crime of killing two foreigners and bearing a fake passport.