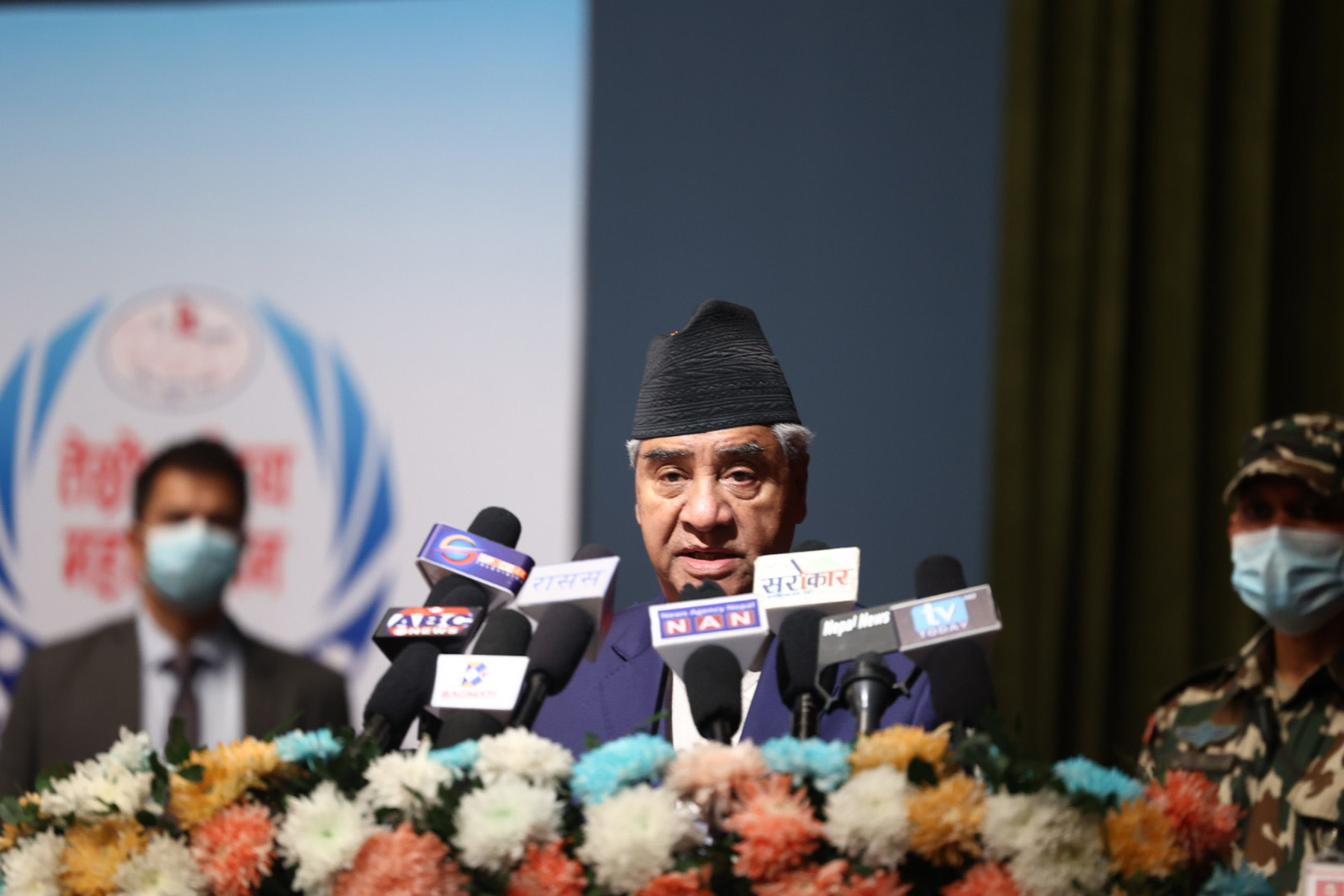 Kathmandu: Prime Minister Sher Bahadur Deuba has said that public accountable democratic exercise has been further strengthened in the country after the newly-elected people’s representatives assumed their offices.

Inaugurating the 3rd General Convention of National Association of Rural Municipalities in Nepal here today, the PM compared the local level government as a pillar of federalism and democracy adding that the new priority should be ensuring good-governance and development to the citizens through the strengthening of the local government.

PM Deuba also said that some confusions on the concurrent rights of the constitution should be made clear and should unite for the successful implementation of the federalism.

“The federal government is required to take prompt initiatives to draft the laws and implement them for the local and province levels. Priority should be given to immediately issue very important laws including civil service, education, agriculture and health care and to make the old-fashioned laws in line with the constitution,” PM Deuba added.

The PM was of the view that good-governance could be institutionalized at the local levels if they move ahead by applying the reform measures including structural reforms, robust internal control mechanisms, use of new technology in service delivery, balance between loss and income, service recipient-centric plans, training and research and new market strategy.

The PM also asked the local levels to formulate their plans in line with the UN Sustainable Development Goals (SDGs), create employment opportunities to the skilled and educated human resources at home and ensure debate, discussions and interactions among the people’s representatives, officials and people.

On the occasion, PM Deuba urged to widen the role of local government on conservation, utilization and promotion of natural and cultural heritages, skill-generating education, environment conversation and other issues.

The Association is an umbrella institution of 460 rural municipalities from across the country. The event to continue for three days is scheduled to elect its 37-member central working committee for the upcoming five years.