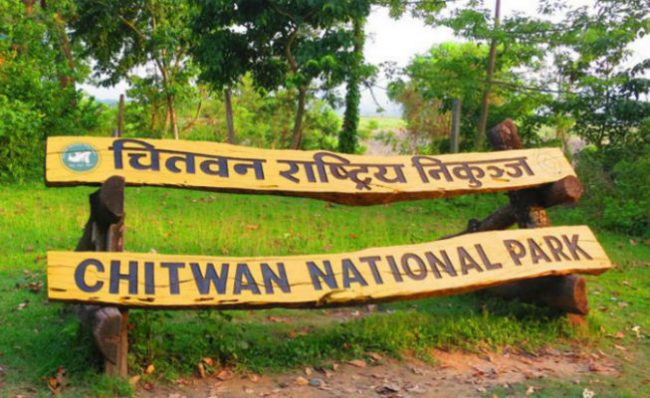 Kawasoti: With only a week left to the election to House of Representatives and Provincial Assembly, candidates of different political parties and independent ones have intensified door-to-door campaign with their agenda and seeking voters’ favour.

Although various agenda are presented before the voters here, the problems relating to national parks and wildlife are elusive. The people suffering from the problems are concerned over it. These issues have not been prioritized in candidates’ manifesto and commitment papers, the locals argued.

The people from buffer zone of Chitwan National Park- Gaidakot, Devchuli, Kawasoti, Madhyabindu, Binayi Triveni- who have been suffering due to wild animals shared the plight that the candidates failed to pay heed to their problems.

Manoj Mahato from Kawasoti-17 said, “The wild animals coming out of the national park damage crops every year. The wild animals are not controlled nor have we been compensated.” He complained that candidates share lofty dream of development but fail to present concrete plans to control nuisance of wild animals.

Similarly, Basanta Pokharel from Devchuli-15 said the development works were stalled due to not amending and revising the buffer zone management regulation-2052. He argued that the regulation was obstructing the establishment of small industries for economic activities. The law and regulation must be made people-friendly, Pokharel underscored.

Moreover, Kripa Aryal from Binayi Tribeni-6, viewed, “We voted the candidates for long, but they ignored our problems. We, troubled by the national park and wild animals, therefore have no fervor to the election.”

Nawalparasi Purba is witnessing fierce battle between the candidates of Nepali Congress and CPN UML.