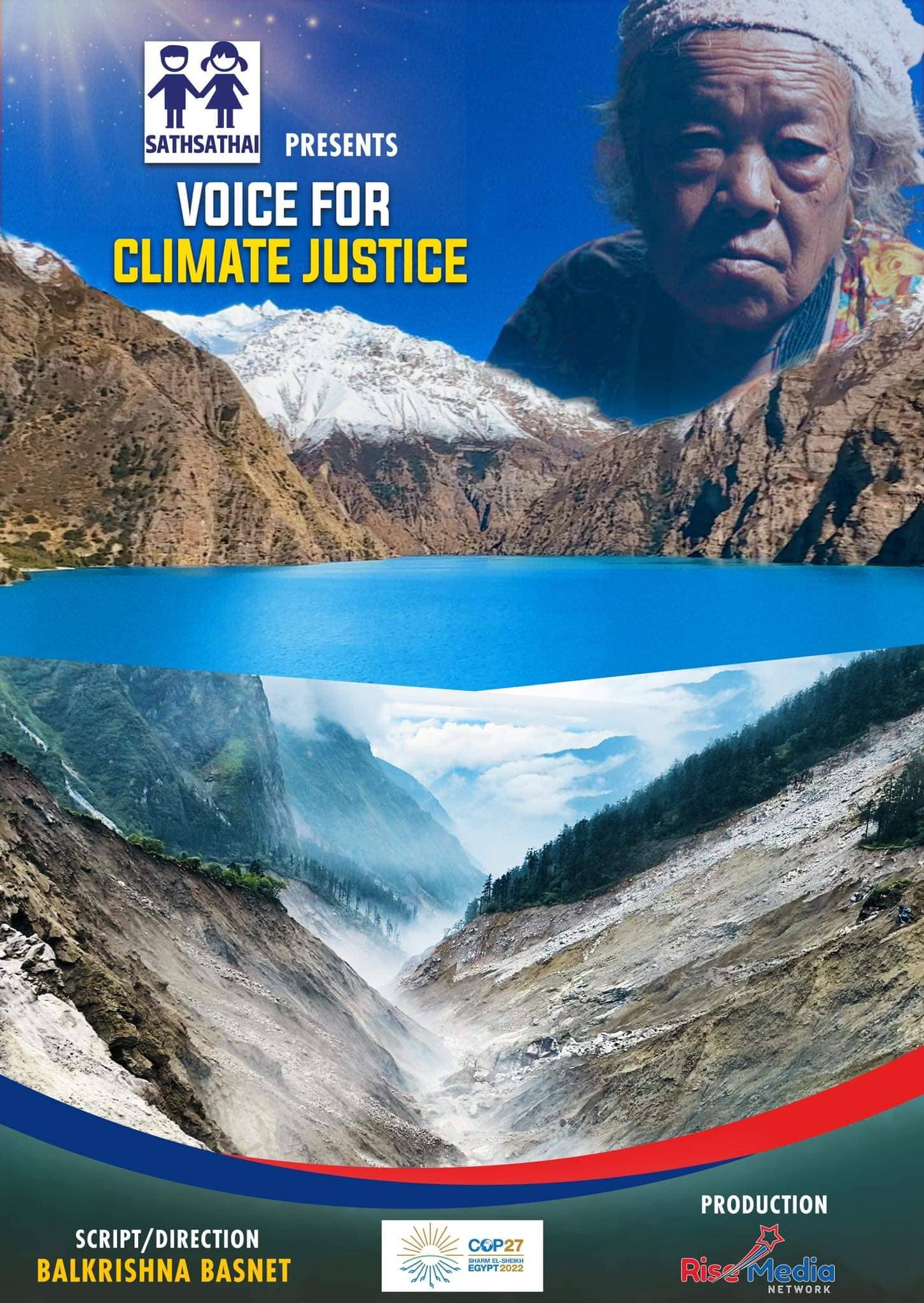 Kathmandu: A documentary titled ‘Voice for Climate Justice’, written and directed by senior journalist Bal Krishna Basnet, who is also the chairperson of Press Council Nepal, and produced by ‘Saath Sathe Foundation’ was screened at the Sharm el-Sheikh Climate Conference (COP 27) held in Egypt.

It includes the damage caused by the rains in Dolpa this year from the painful scene of flood landslides in Sindhupalchok’s Helambu and Melamchi areas on March 8 last year. Similarly, the documentary also covers a trek from Everest Base Camp to Kalapathar by 40 women leaders from different areas.

Prajita Karki, a participant in the convention and the president of the ‘Saath Sathe Foundation’, said that this documentary was made with the aim of drawing the attention of the world by showing the loss and damage in Nepal due to climate change.

“In Nepal, where carbon production is very low, the damage caused by climate change is incomparable. In this conference, there is also the issue of damages and climate funds. I believe that this documentary will play a role in drawing the attention of big countries toward the damage and compensation in Nepal,” said Karki.

The Foundation said that the documentary was produced in coordination and collaboration with the Ministry of Forest and Environment, Nepal Tourism Board, Nature Conservation Fund. After the screening of the documentary, there was also an interaction between the participants.

“This documentary doesn’t just show the damage, but also gives a message that the world should pay attention to compensation to and rehabilitation of the victims and the country Nepal, which is suffering from calamities caused by climate change,” said Basnet.