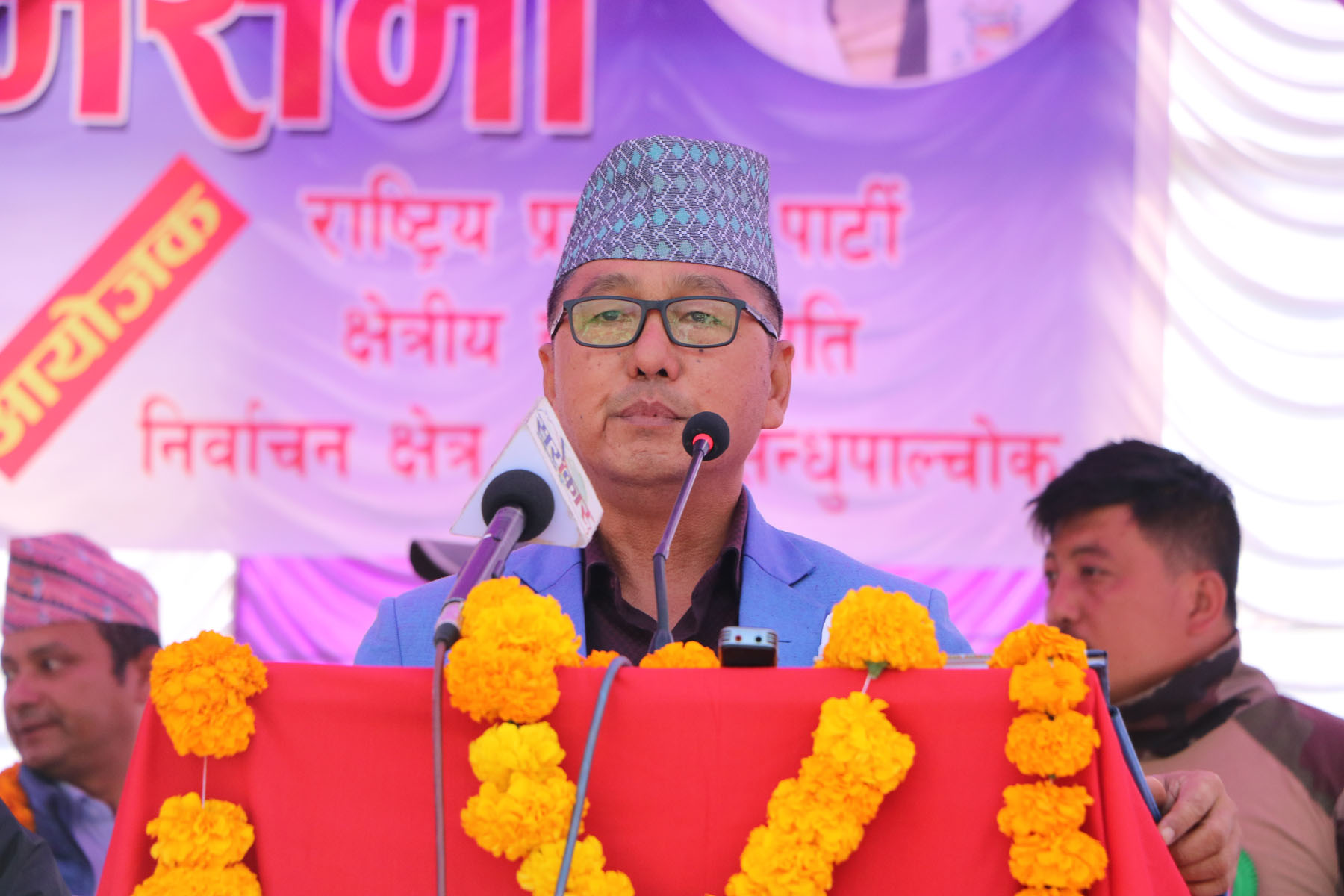 Sindhupalchowk: Rastriya Prajatantra Party (RPP) Chairperson, Rajendra Lingden, has urged one and all to take elections to the House of Representatives and Province Assembly seriously as they would be determining the future of the nation and people.

He was of the view of taking the elections as an opportunity of liberating the nation from the grip of some limited political parties.

In his address to the party’s election gathering in Sindhupalchowk, the leader urged voters to support the party in the voting for the twin elections scheduled to take place simultaneously on coming November 20.

As he claimed, the party is capable of addressing the people’s needs for a change and development.

Also speaking on the occasion, RPP former Chair Pashupati Shamser Rana requested voters to give the party an opportunity to lead the nation. As he said, time demands people to warn for the building of a future of the nation by sending ‘qualified’ representatives to the parliament.