Earthquake injured being treated in Doti 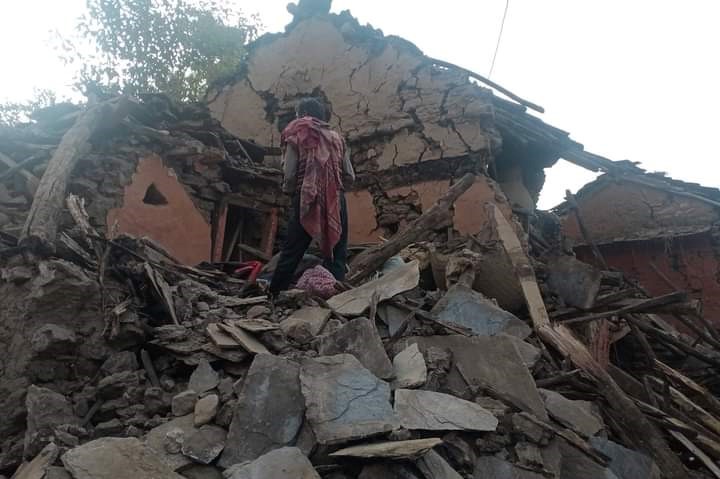 Kathmandu: Five persons who sustained serious injuries due to a house collapse during last night’s earthquake in Doti are undergoing treatment at the Doti Hospital.

A team of security personnel of the Nepali Army (NA) rescued them and took them by helicopter to Doti Hospital early morning for treatment, Nepali Army spokesperson Narayan Silwal said.

The Army helicopters called from Surkhet and Dhangadhi of Kailali rescued the injured persons. Similarly, NA troops from Bhairab Battalion are deployed at the site for rescue, taking help from locals and other security forces. Relief items including food items and tents are delivered at the site, the NA spokesperson added.

A 6.6 magnitude earthquake with epicentre in Khaptad National Park area struck Doti at 2.12 am today. Eight houses were completely destroyed by the tremor at Gairagaun, Purbi Chauki rural municipality-3 in Doti district.