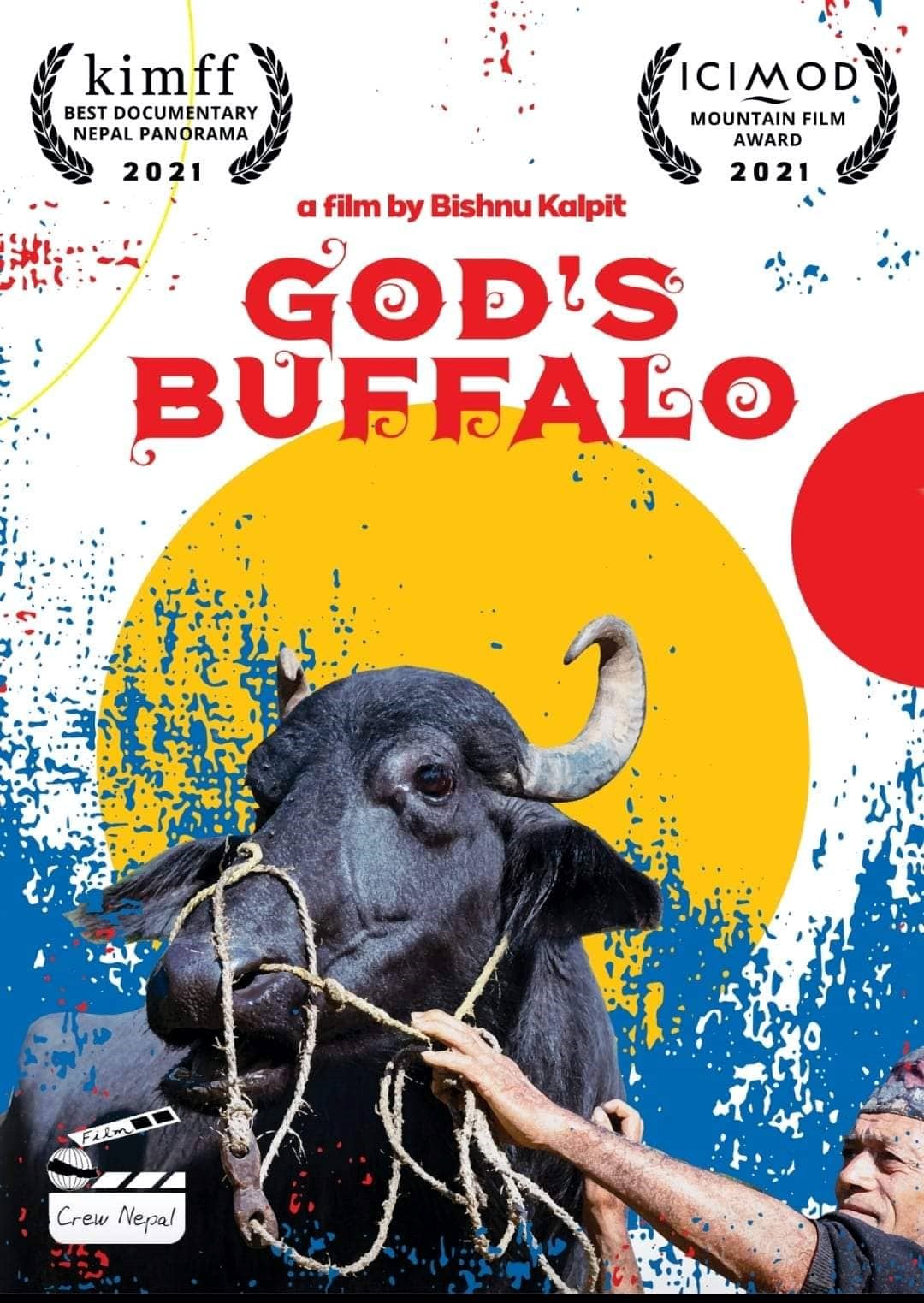 The documentary made by cinematographer and media person Bishnu Kalpit poignantly documents a story about buffaloes swept away in the 2021 Melamchi flood.

The documentary that was awarded in various other film festivals in the past including ICIMOD Mountain Film Festival has clinched an important award in the BANFF Film Festival ongoing at Alberta of Canada, said Kalpit, the maker of the ‘God’s Buffalo’.

The Festival that commenced since October 29 continued till November 6.

The awarded documentary is about 14 minutes in length which the maker shot during his field reporting at Melamchi in 2021. Kalpit narrated, “The flood-affected locals in Melamchi had barred the press’ vehicles from entering their locality while we were there for reporting in the aftermath of the flood. We came to learn later that he who saved the buffalo being swept away in the flood was demanding Rs 100,000 from the owner of the buffalo.”

He added, “The owner of that buffalo, Homan Singh Shivabhakta, was weeping being unable to pay the hefty amount. I had shot that scene but without any thought of making a documentary on this content.”

Later, the footage served as a compelling content for an award-winning documentary, Kalpit shared. The documentary was well-received at home and abroad which documents the buffalo saver Bhimsen Majhi, demanding Rs 100,000 which the owner of the buffalo, Homan Singh, lacked.

Kalpit gushingly viewed it was a matter of joy for Nepal and Nepali Film fraternity that the Nepali documentary was selected for such a coveted award in the prestigious film festival being organized for 46 years.

It would also contribute to tourism promotion of Nepal, he viewed.