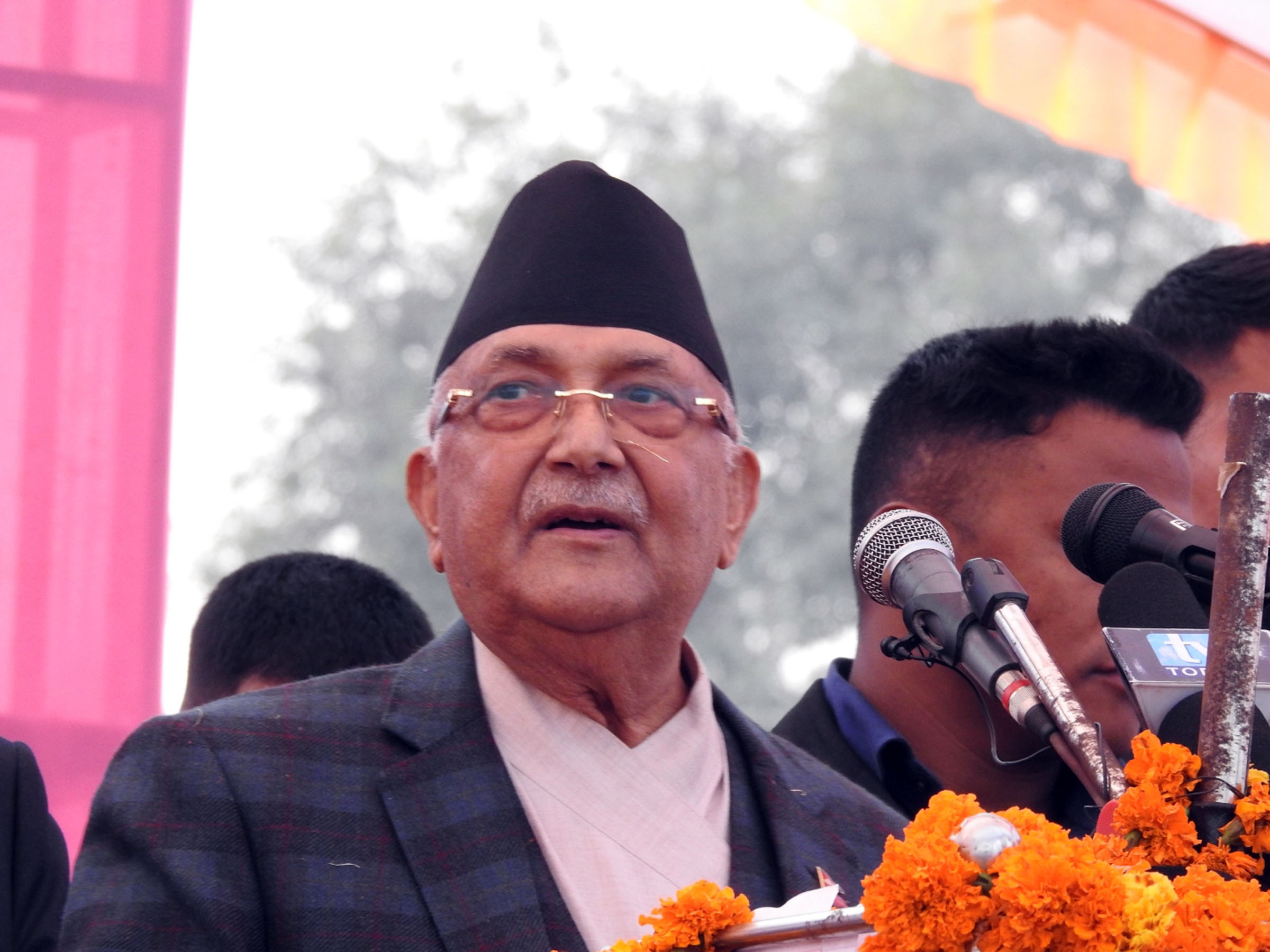 Mahendranagar: CPN (UML) Chairman KP Sharma Oli has argued that his party should win majority seats in the upcoming elections for the country’s development, lasting peace and protection of nationality. “UML’s lone majority is needed. Only this will drive nation’s development,” Oli said while addressing an election rally in Kanchanpur on Friday.

In the past, UML did not get majority though the party remained the first or the second force in the parliament in the previous elections but rumours were spread about UML’s failure to run the government, Oli said. Oli was of the view that a robust national force instead of fringe political groups was needed for running a government.