We will bring back our ‘encroached’ land: CPN (UML) Chair Oli

Darchula: CPN (UML) Chairperson KP Sharma Oli assured that his party, if elected in the upcoming parliamentary election, would bring back Nepal’s territories encroached by India.

Inaugurating his party’s nationwide election campaign in Darchula district today, Oli, also former Prime Minister, assured, “We will bring back land including Lipulek and Limpiyadhura. CPN (UML) is committed towards defending nationality. We will not spare even an inch of our land.”

It may be noted that a new political map of Nepal showing Limpiyadhura-Kalapani-Lipulek within Nepal’s territorial boundary was published during UML-led government in 2020.
These three pieces of land incorporated in the latest political map of the country are in Darchula district.

Oli, the leader of the major opposition party, accused India of presenting a fake origin of Kali River over various pretexts and reminded of Prem Singh Dhami who raised his voice about encroachment issue in 1966.

The septuagenarian leader claimed that Kalapani area in Byas Rural Municipality in the district is known to the world due to the ‘Chuchche Naksha’ (pointed map) of Nepal issued during his leadership.

The new political map incorporating Limpiyadhura-Kalapani-Lipulek in Darchula district gave the map of Nepal a spiky form due to inclusion of three places as a strip in the north-western corner of the country. 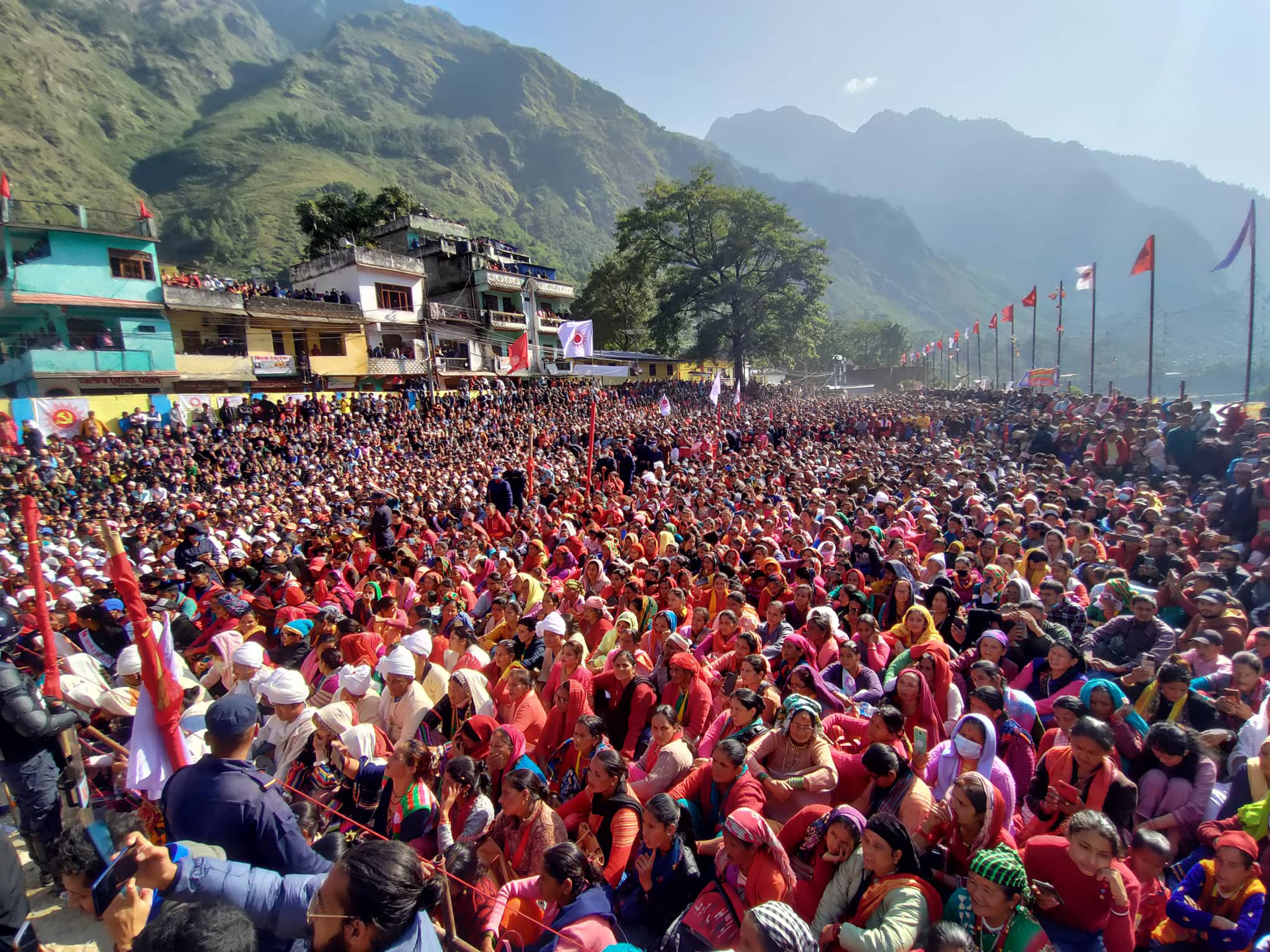