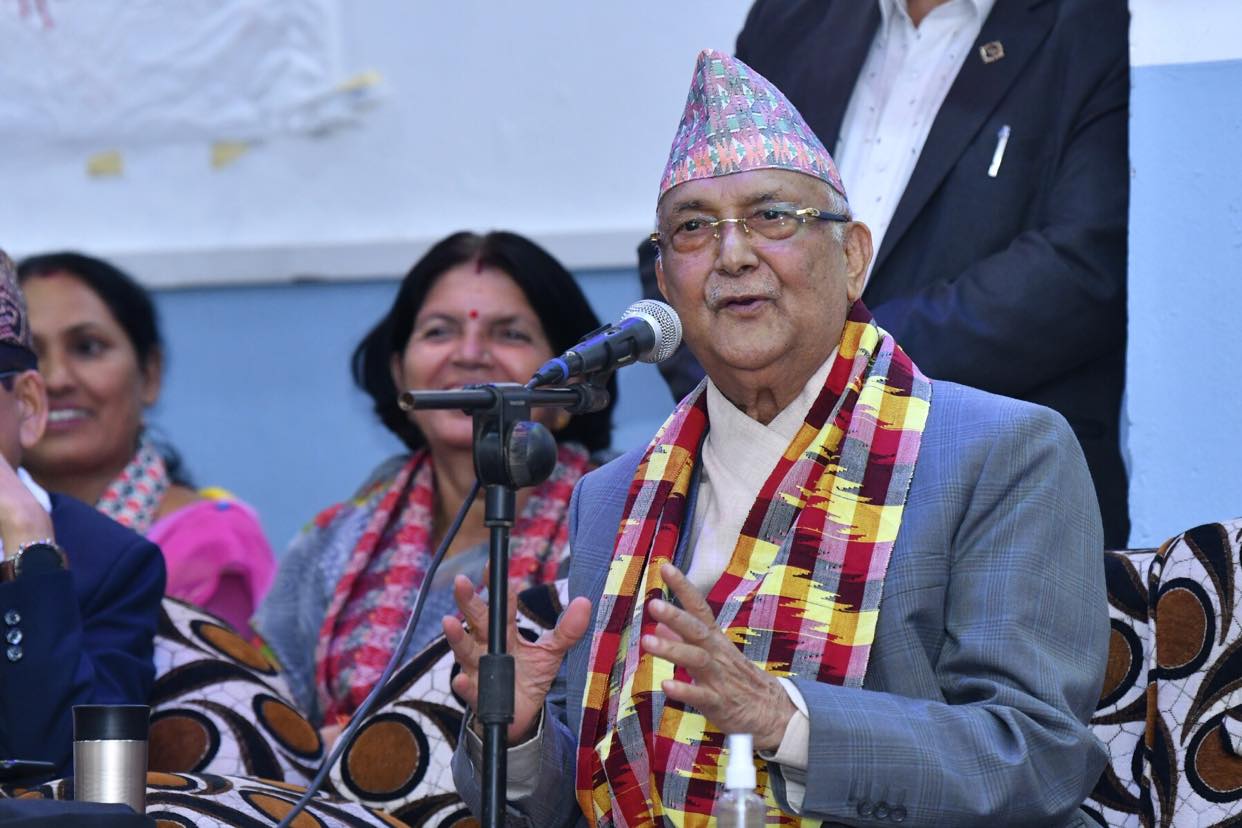 Surunga (Jhapa): CPN (UML) Chairperson and former Prime Minister KP Sharma Oli has said the nation witnessed many development endevours during his premiership despite non-cooperation within the party.

He said he could deliver well during his two years in office despite there were people inside from the party to obstruct him. In his address to a programme at Gauradaha municipality on Sunday, the leader underlined the need of meeting people’s aspiration for nation’s building and the establishing the people sovereignty.

As he said, people will assess the past performance before choosing their representatives in the elections to the House of Representatives and the Province Assembly. He claimed the UML was the party dedicating to the cause of the nation and this time’s election would determine the future and fate of the nation.