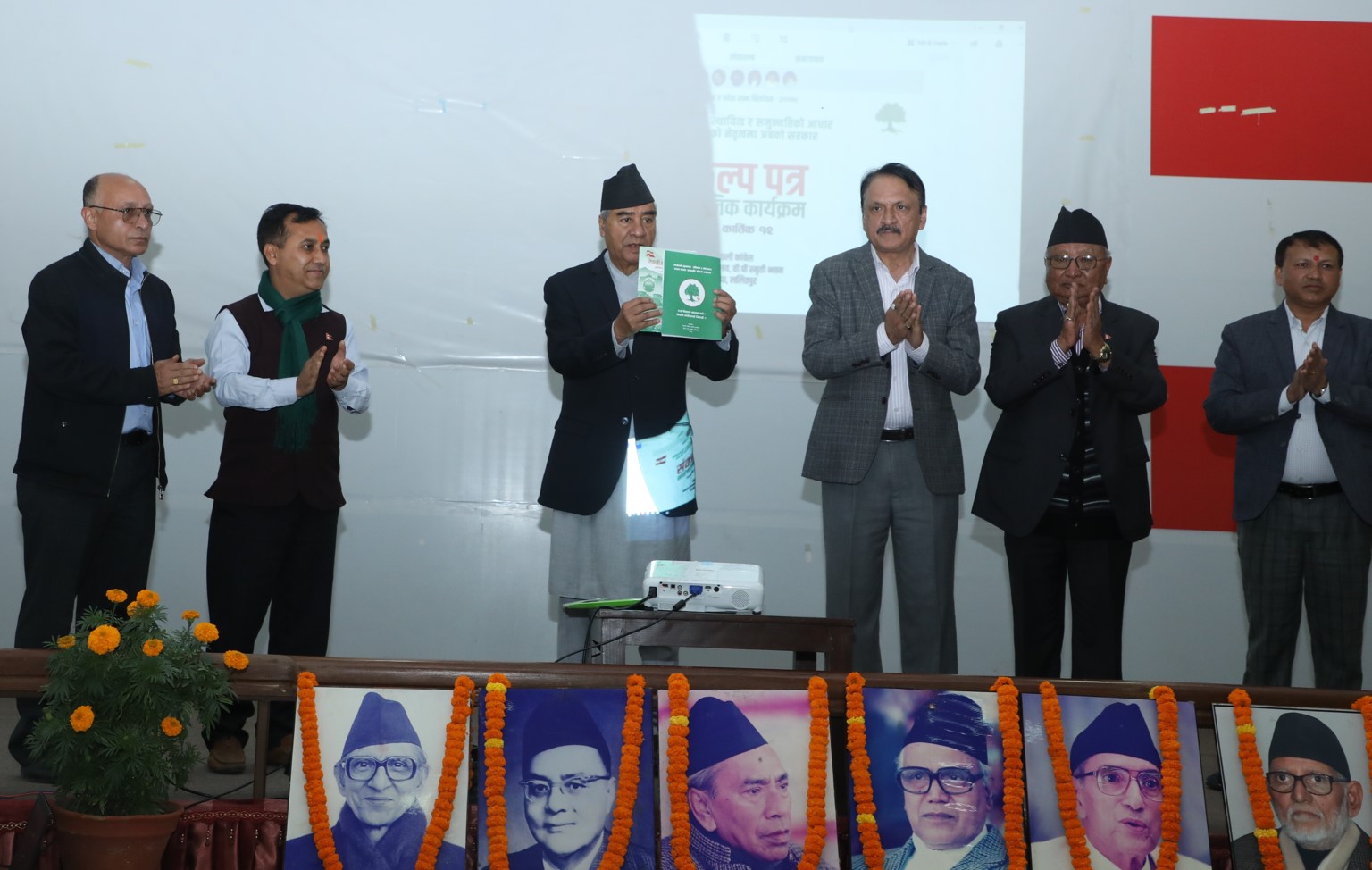 Kathmandu: The Nepali Congress has unveiled its election manifesto for the November 20 elections to the House of Representatives and the Province Assembly.

NC President and Prime Minister Sher Bahadur Deuba made public the election manifesto amid a press conference at its central office in Sanepa today. Party’s slogan for the polls is ‘Safeguarding constitution and base for stability and prosperity: next government will be led by the Nepali Congress’. Current politics, continuation of newness and prosperous Nepal are party’s agendas.

The manifesto was prepared acting on issues announced by party based on documents from BP Koirala’s time and local levels, said Bishwo Prakash Sharma, coordinator of the election manifesto preparation committee.