Auspicious hour of Bhaitika at 11:37 am 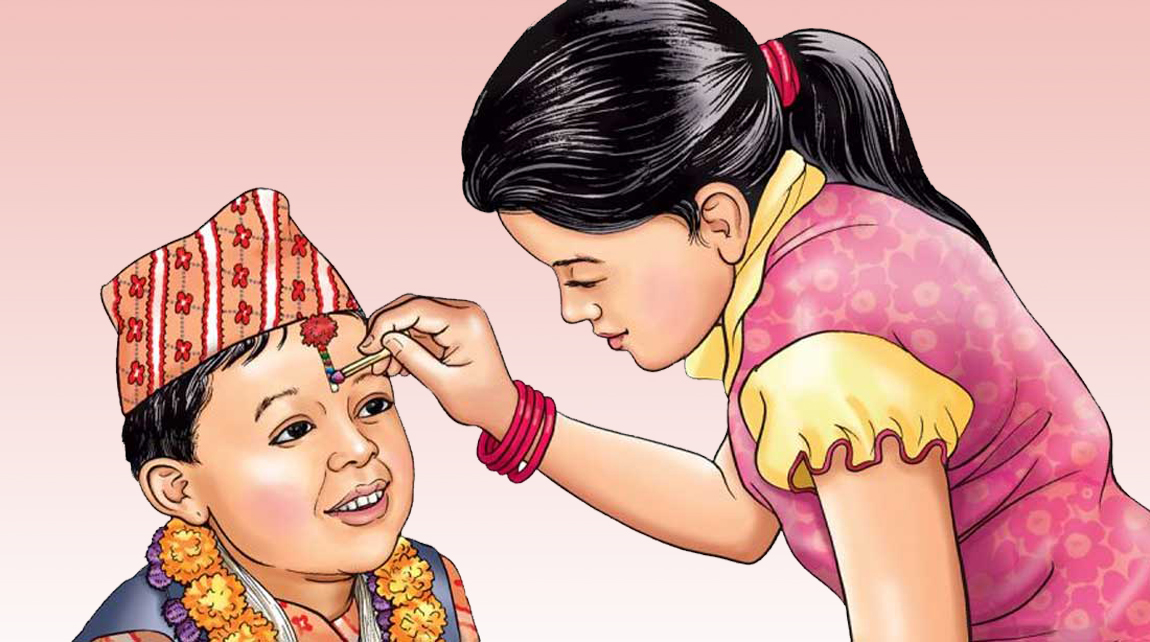 Kathmandu: Brothers are receiving tika from their sisters today, the main day of Tihar, the second biggest festival of Nepali Hindus.

On the fifth day of Tihar also known as Yamapanchak, sisters wish their brothers long life, health and wealth with respect, faith and loyalty by putting Pancharangi or Saptarangi tika as per age-old traditions.

After sisters put tika on their brothers’ forehead, brothers also put tika to their sisters. It is widely believed that worshiping one’s sisters leads to good luck and prosperity. Even though Bhaitka can take place throughout the day today, the auspicious time is at 11:37 am, said Prof Srikrishna Adhikari, chairperson of the Nepal Calendar Determination Committee.

Following the religious and social tradition sisters give their brothers food packets including dry fruits and selroti after applying tika, while brothers also show their respect by offering gifts and cash to their sisters as symbols of good fortune.

Meanwhile, in the capital Kathmandu, the temple of Balgopaleshwar in the middle of Ranipokhari is open for those who do not have sisters and those who are unable to reach to their sisters for Bhai tika. The Balagopaleshwar Temple opens only today, i.e. once a year. Those who don’t have sisters and brothers go to this temple, perform worship, take a darshan and receive tika.

Spokesperson of Kathmandu Metropolitan City Naveen Manandhar said that all preparations have been completed to open the Balagopaleshwar temple for devotees since Thursday morning.

Similarly, Dr Govind Tandon, a cultural expert and former member secretary of Pashupati Area Development Trust, shared that there is also a practice of worshiping at the Khanjaneshwar Mahadev temple in Jaybageswari today by those who do not have sisters and brothers.