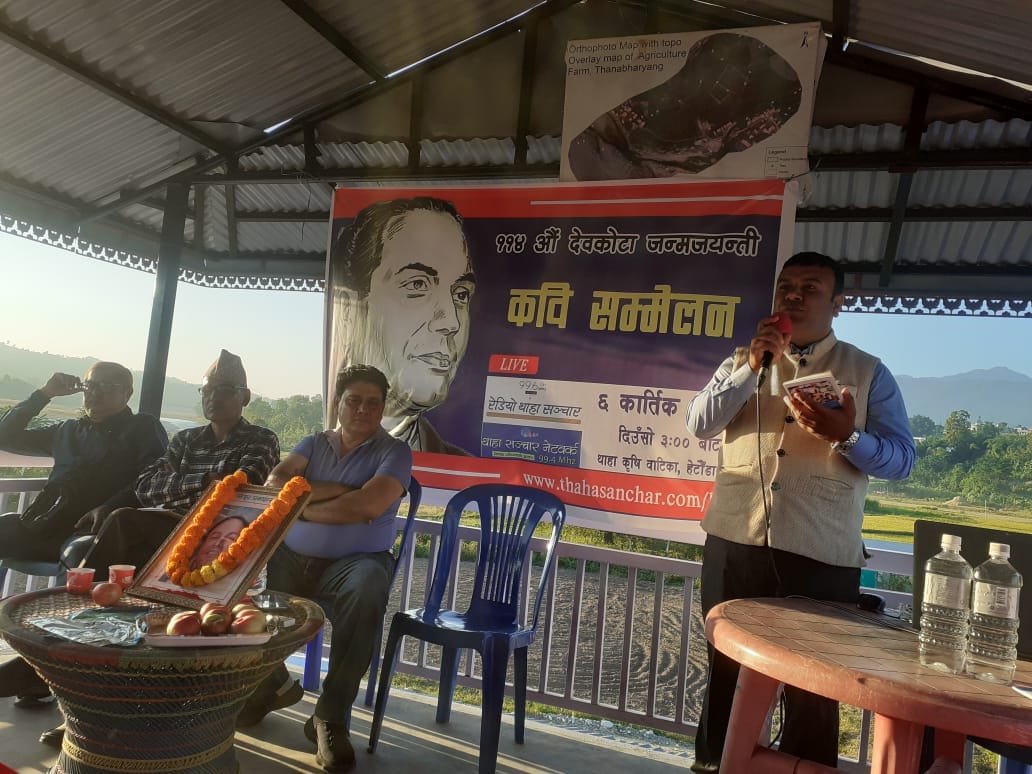 Makawanpur: A poet conference was organized on Sunday in Hetauda of Makawanpur district on the occasion of the 114th birth anniversary of Mahakavi Laxmi Prasad Devkota.

The Thaha Sanchar Network organized the event where the poets and literary personalities shared their views on life and personality of Mahakavi Devkota.

Speaking on the occasion, the litterateurs argued that Devkota’s literary aspect is the most important one though he had social and cultural responsibilities.

Chairman of Thaha Sanchar Network Ajayraj Sumargi and litterateur RC Rijal of Makawanpur also expressed their views during the programme.

Station Manager of Radio Thaha Sanchar Gokul Adhikari said that poet conference is being organized every year on the birth anniversary of Devkota.