NDRRMA team arrives in Jumla for study in disaster-hit zones 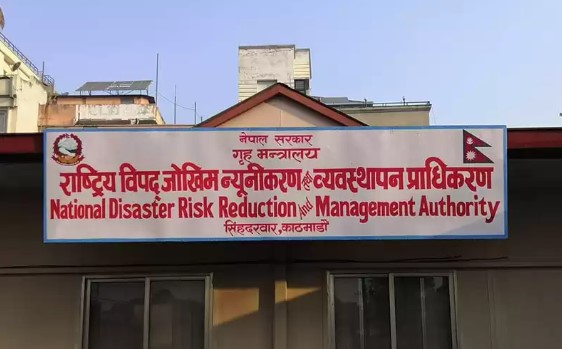 Karnali: A team of the National Disaster Risk Reduction and Management Authority (NDRRMA) arrived in Jumla for carrying out a study in the government-declared crisis-hit villages and wards.

The government had declared disaster-hit Kanakasundari, Sinja, Hima rural municipality and wards 1, 2, 3, 4, 6 and 7 of Tila rural municipality of Jumla as crisis zone three days ago. The disastrous floods and landslides occurred after incessant rain during October 5-10 had battered the human settlements in the areas.

In order to undertake a study in the crisis-hit zone, a three-member team of the Authority coordinated by Under-Secretary Engineer Pawan Babu Bastola arrived in the district, shared Assistant Chief District Officer of Jumla Pramila Rijal.

She informed that the District Disaster Management Committee (DDMC) on Wednesday decided to provide coordination support and facilitation through concerned local government units to the team in course of their study in the crisis-hit zone in Jumla.

The study team had moved to Tatopani rural municipality to carry out on-site study on Wednesday. She further informed that the DDMC also decided to request the Home Ministry, province government and other non-government stakeholders to immediately provide food and non-food relief assistance to the flood and landslide-displaced families. The committee also asked the Nepal Army’s Jumla-based battalion to provide support in in coordination with the Department of Roads and District Administration Offices of both Kalikot and Jumla in resuming the disaster-disrupted roads.

Team member of the Authority, Deepak Kumar Khadka said the government would provide relief to the needy people dissecting the nature of loss in accordance with the DRR procedural guideline.

He further shared that each flood and landslide survivor family was entitled to receive relief worth Rs 500,000 in mountainous districts, Rs 400,000 in hilly districts and Rs 300,000 in Terai districts. According to the procedural guideline, the local government has to contribute 10 percent, province government 30 percent and federal government 60 percent while managing the relief.