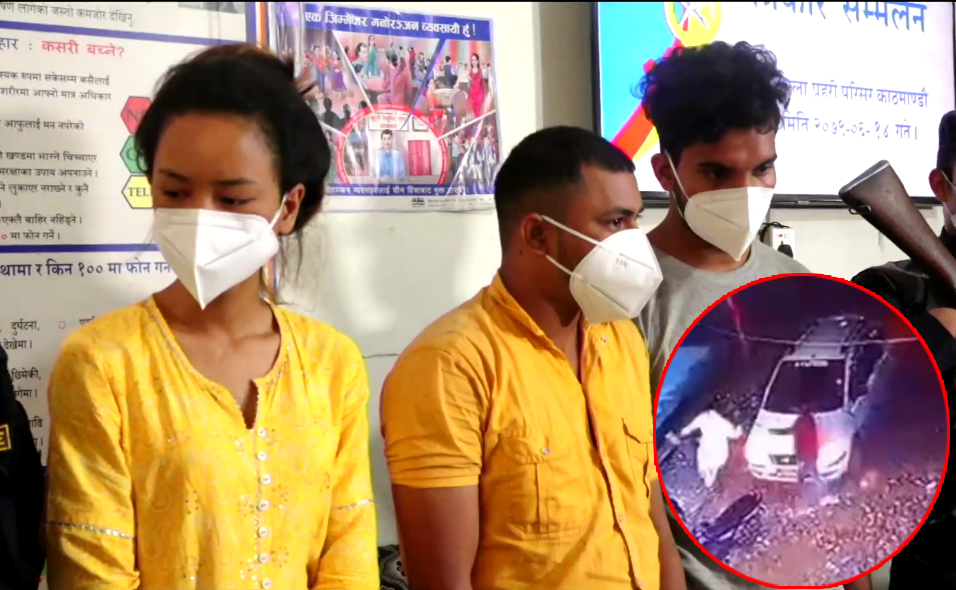 Kathmandu: Police have arrested three persons for allegedly involved in the murder of Mohammad Darji, 58, of Sarlahi. Mohammad was also the proprietor of Adventure Enterprises Garment Industry based in Kageswori Manohara municipality-8, Gothatar of Kathmandu.

On September 19 night, a motorbike-borne group had gunned him down and fled the scene. Chief of Kathmandu Valley Police Range Senior Superintendent of Police (SSP) Bharat Kumar Bohora informed that the special team of the police arrested the three persons who were found involved in the murder incident.

The arrested were Mahoram Miya, 21, of Birgunj, Parsa, Rehan Miya, of the same district and Susmita Syangtan of Bakaiya, Makawanpur who has been residing in Kathmandu.

It came to light that Mahoram and Rehan were found involved in making the plan of the incident and managing weapons. Syangtan was found involved in keeping vigil on the activities of Darji.
Earlier too, the arrestees had served jail sentence on charge of theft. The Kathmandu Police Range is carrying out investigation into the case as per the Criminal Code, 2074 BS.