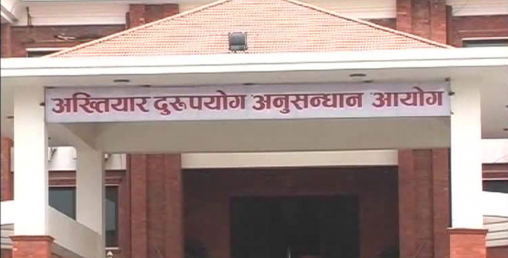 Dhanusha: The Bardibas-based Office of the Commission for the Investigation of Abuse of Authority (CIAA) submitted the 32nd annual report to Madhesh Province Chief Harishanker Mishra.

Office Chief Gopal Kumar Adhikari presented the report for the fiscal year 2078-79 BS (2020-21) to the Province Chief who also unveiled the report on the occasion.

According to the report, the Province reports the highest registration of complaints (24.25 percent) among the seven provinces. Last year, 915 complaints were registered and the highest: 339 were from Dhanusha district.