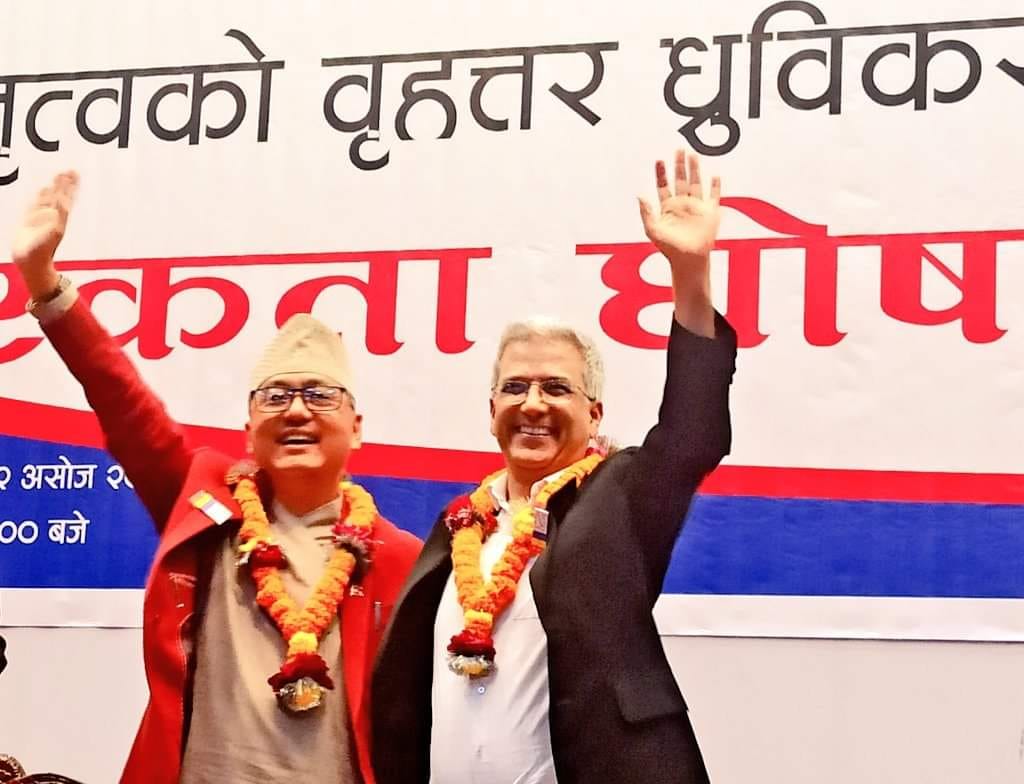 Kathmandu: Journalist-turned politician Rabindra Mishra has joined the Rastriya Prajatantra Party. His joining the party was announced amid a function here Wednesday.

Mishra has got a position of senior vice chairperson in the RPP rank. A team of leaders led by Mishra also joined the party. Addressing the event, Mishra said he joined the party for peace, political stability and independence of the country. “RPP has adopted the policy of national unity and reconciliation pursued by BP Koirala. This policy is still relevant at present time. We can establish RPP as more IT-friendly party by embracing his thoughts,” he said.

Free and quality education and health, social security scheme and agricultural modernisation would be in the election manifesto of the party, said Mishra. The party is in favour of Hindu Buddhist nation, he said.

“Personal properties of all political parties should be investigated. We should go for directly elected Prime Minister and the election of lawmakers through the fully proportional system. We should opt for constitutional monarchy,” he viewed.

RPP’s former Chairperson Pashupati Shumsher Rana stressed the need for the implementation of the Mahakali treaty, claiming that its non-implementation has obstructed development activities. He also pledged to generate incomes for people by completing Pancheshwor and West Seti projects.