‘System changed, but people’s condition not’ 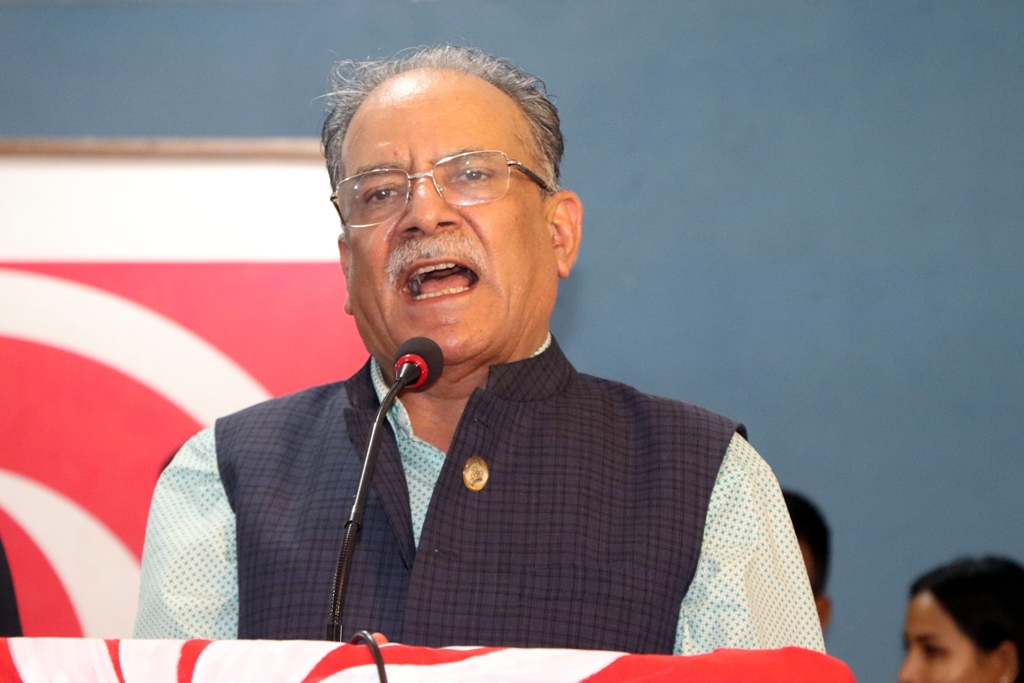 Chitwan (RSS): Chairperson of CPN (Maoist Centre) Pushpa Kamal Dahal ‘Prachanda’ expressed his displeasure that although the system changed in the country, the people are awaiting for progress.

At a programme organized by his party to welcome new entrants in Chitwan on Sunday, Chairperson Dahal, also the former Prime Minister, viewed that it was imperative to take justice and equality to a new height as well as to give impetus to development works.

Dahal stated, “After a long sacrifices, we achieved federal democratic republic but the condition of the people did not change at all.” He pressed for development works and prosperity in the wake of introduction of the federal republic system.

Stating that they were trying to practice model development for Chitwan, he expressed his confidence that Chitwan would demonstrate new model for development. The development of entire country will be given an impetus via Chitwan. He assured that he harboured the dream of taking all oppressed ethnicities, and backward communities to a prosperous state.

On the occasion, Dahal welcomed cadres entering to his party, leaving behind their association with various political parties.