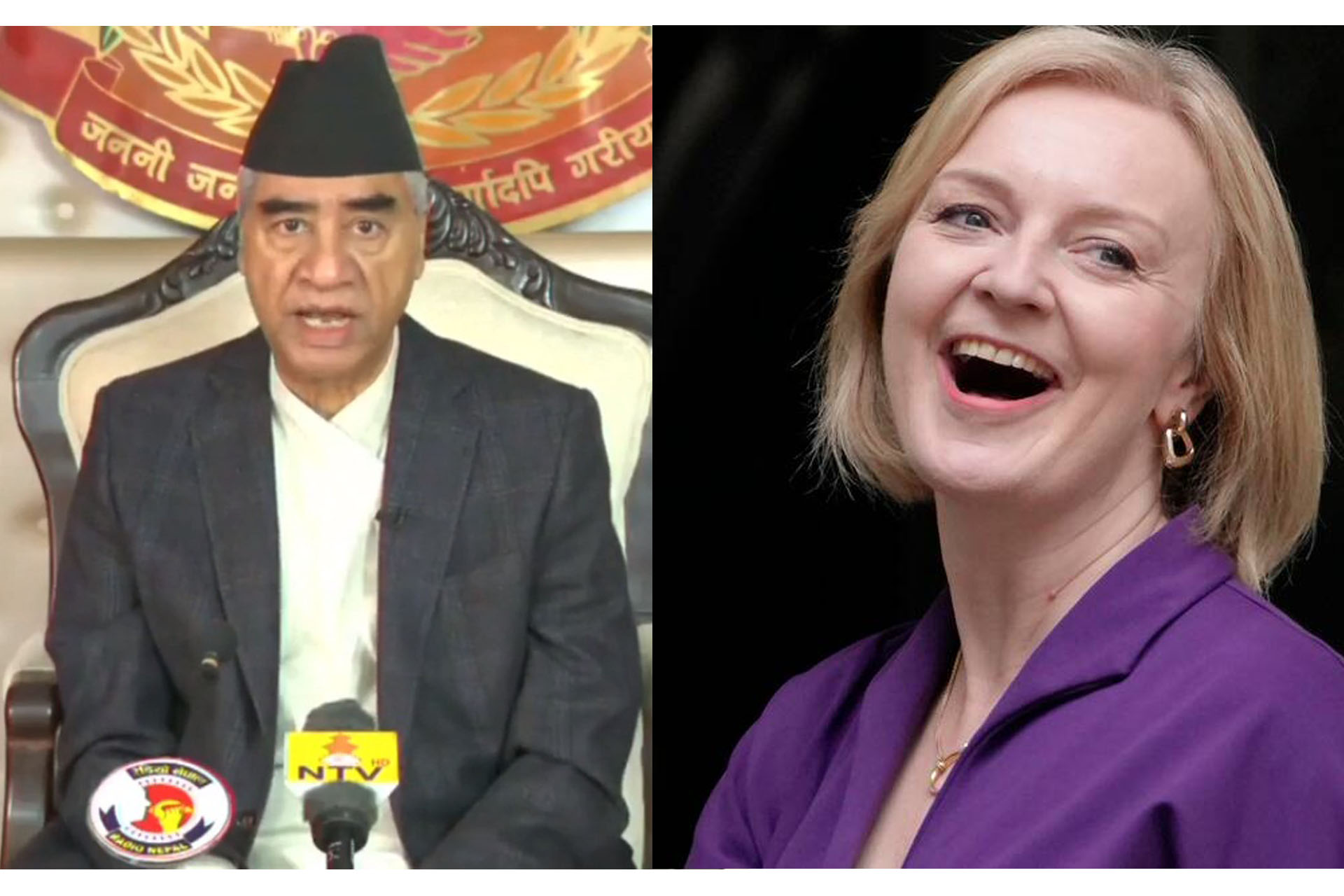 Kathmandu : Prime Minister Sher Bahadur Deuba has congratulated Liz Truss for being elected as the leader of Conservative Party of the United Kingdom.

It was announced on Monday that 47-year-old Liz Truss was elected as the party leader of Conservative Party. With this, she would be appointed as the next Prime Minister of the United Kingdom today. “I look forward to working with her to further strengthen the longstanding Nepal-UK relationship”, PM Deuba twitted. -RSS