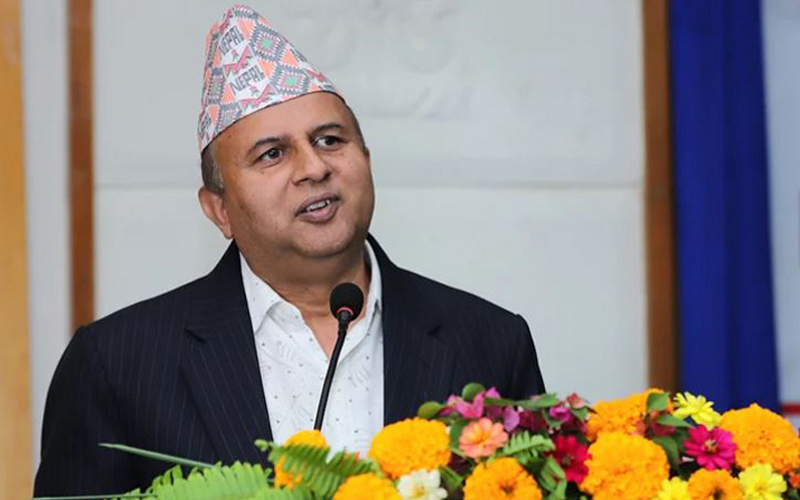 Kathmandu : CPN UML General Secretary Shankar Pokharel has said his party was for continuing the development works and keeping up with people’s aspiration. For this to happen, the party proposed Chairperson KP Sharma Oli as the next prime minister, he informed.

During a press conference the central publicity department of the UML organized in the capital city on Monday, General Secretary Pokharel argued that once Chairperson Oli becomes Prime Minister, people’s aspiration for development and prosperity would be fulfilled.

The UML held its central committee meeting on August 26 and 27 and discussed report by the party Chairperson.

According to Pokharel, UML was planning to launch a campaign that every member of the party will engage in election preparation in a way it would increase votes to the party in coming provincial and federal elections. -RSS