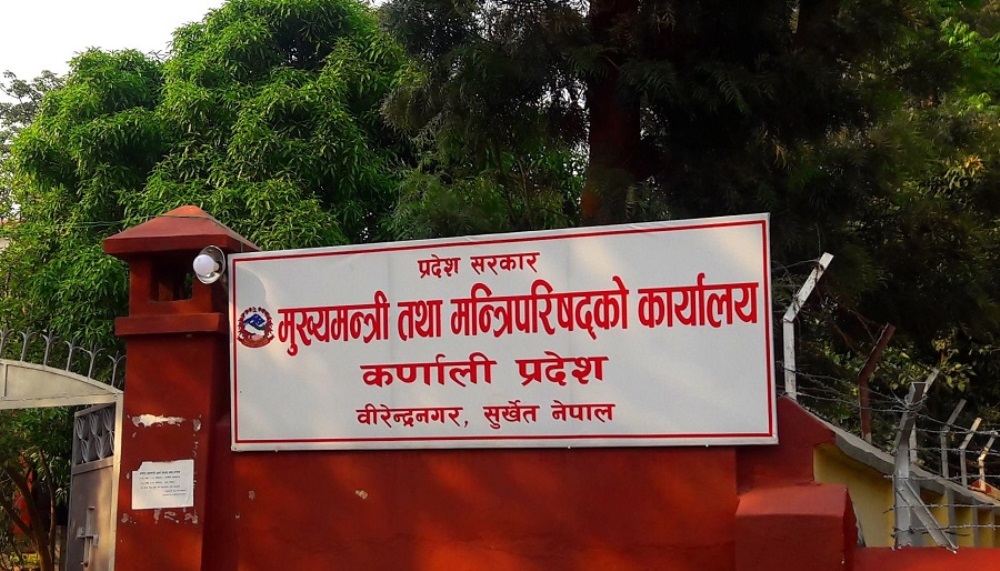 Surkhet : Two ministers in the Karnali Province government have tendered resignation. Minister for Economic Affairs and Planning, Binda Man Bista, and Minister for Energy Development, Ganesh Prasad Singh, who represent the CPN (Maoist Centre) resigned from the post on Sunday.

They stepped down after the Maoist Centre parliamentary party recalled them. Chief Minister Jivan Bahadur Shahi has also approved their resignation.

With this, the provincial Cabinet will be reshuffled on Monday. It is said the government was for making the Cabinet inclusive.

Chief Minister Shahi informed that the government would get new ministers next day.