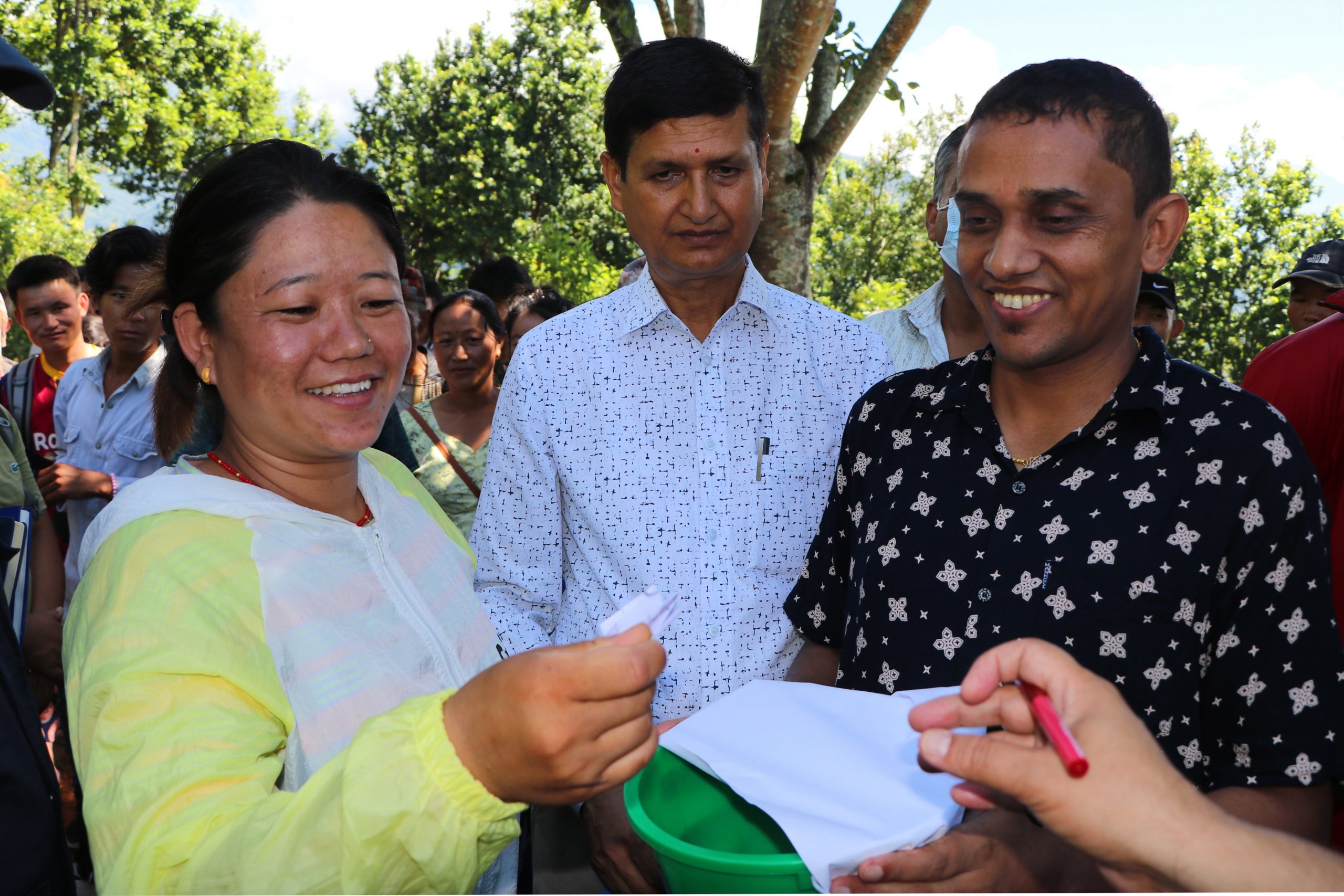 Khatiwada shared that the landslide displaced families would get Rs 50,000 would be provided to build temporary hut in the first phase and Rs 500,000 to construct house in three tranches.

Similarly, other 25 families displaced from the landslide have been shifted to Chitregoun and 12 families at Bakhaltu of Silichong rural municipality. A total of 51.5 ropanis of land was purchased in Chitre and 17.5 ropanis at Bakhaltu for the same.

The land was purchased with the budget of federal government, provincial government and rural municipality.
The families displaced from landslide are happy after getting land. The landslide had swept away the entire village and 92 families were displaced due to this. A total of 11 people are still missing in the landslide occurred two years ago. -RSS