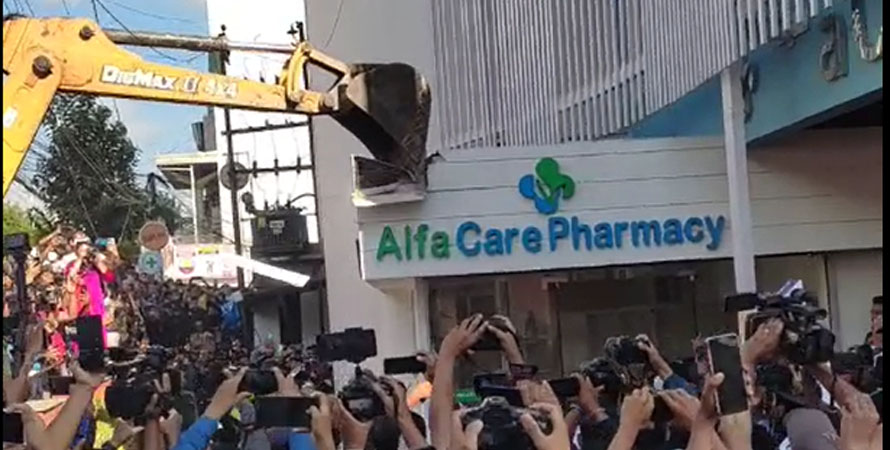 Kathmandu : Balen Shah, mayor of Kathmandu Metropolitan city has continued the crackdown on illegal structures in big commercial buildings of the city.

On Thursday, Shah went to Alfa House in Naya Baneshwar and directed the building owner to manage his building as approved by the local government.

The city officials have studied the approved structure of the building to find that its ground floor was meant for parking. Currently, Alfa House runs a pathology lab and a pharmacy there.