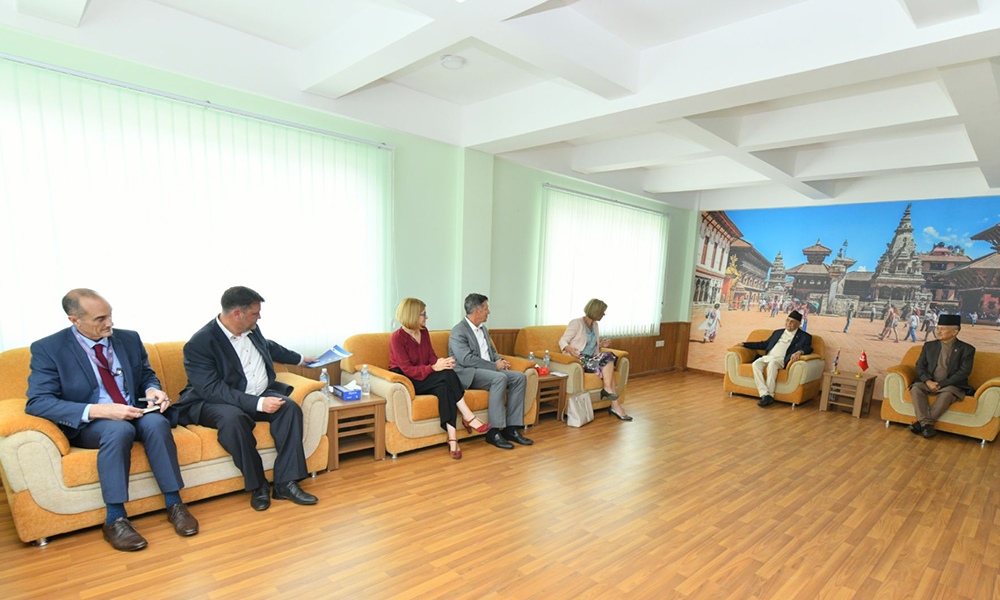 The ambassadors shared that the act should have provision of addressing the voices of victims as per Nepal’s commitment in international forum and the CPN (UML)’s role should be effective and significant for the same.

On the occasion, Chair Oli said the UML has the opinion that all parliamentary process should be fulfilled by formulating and amending the act related to transitional justice.

He clarified that it would not be justified to forward such important bills through fast track method. The UML further said the UML has the view that such problem should be settled rising above the mentality of majority-minority as this problem is the problem of the country, not only the ruling alliance parties.

Similarly, UML Vice-Chair Subas Nembang expressed the view, “Let’s see the verdict of the Supreme Court on this issue and process should be forwarded as per the Nepal’s commitment before the international community.