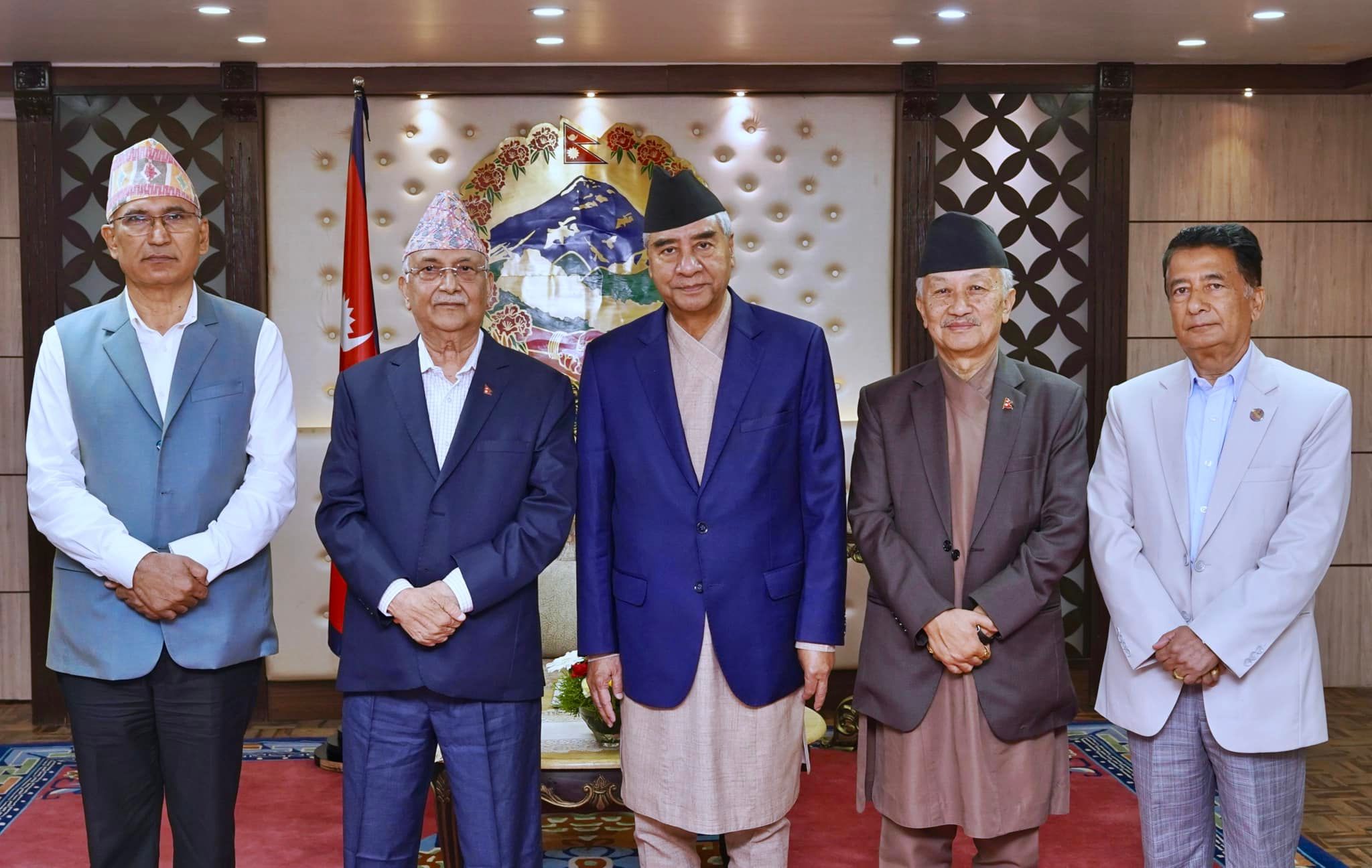 At present, when the issue of seat distribution between the power coalition is becoming complicated, the meeting between them is considered as meaningful.

In the meeting, it is said that the Assembly of Representatives and Provincial Assembly elections on November 4, Citizenship Bill and Transitional Justice were discussed. Subas Nembang, Vishnu Paudal from UML and Gyanendra Bahadur Karki from Congress also participated in the meeting.