MoU between NP and NEA for charging station and operation 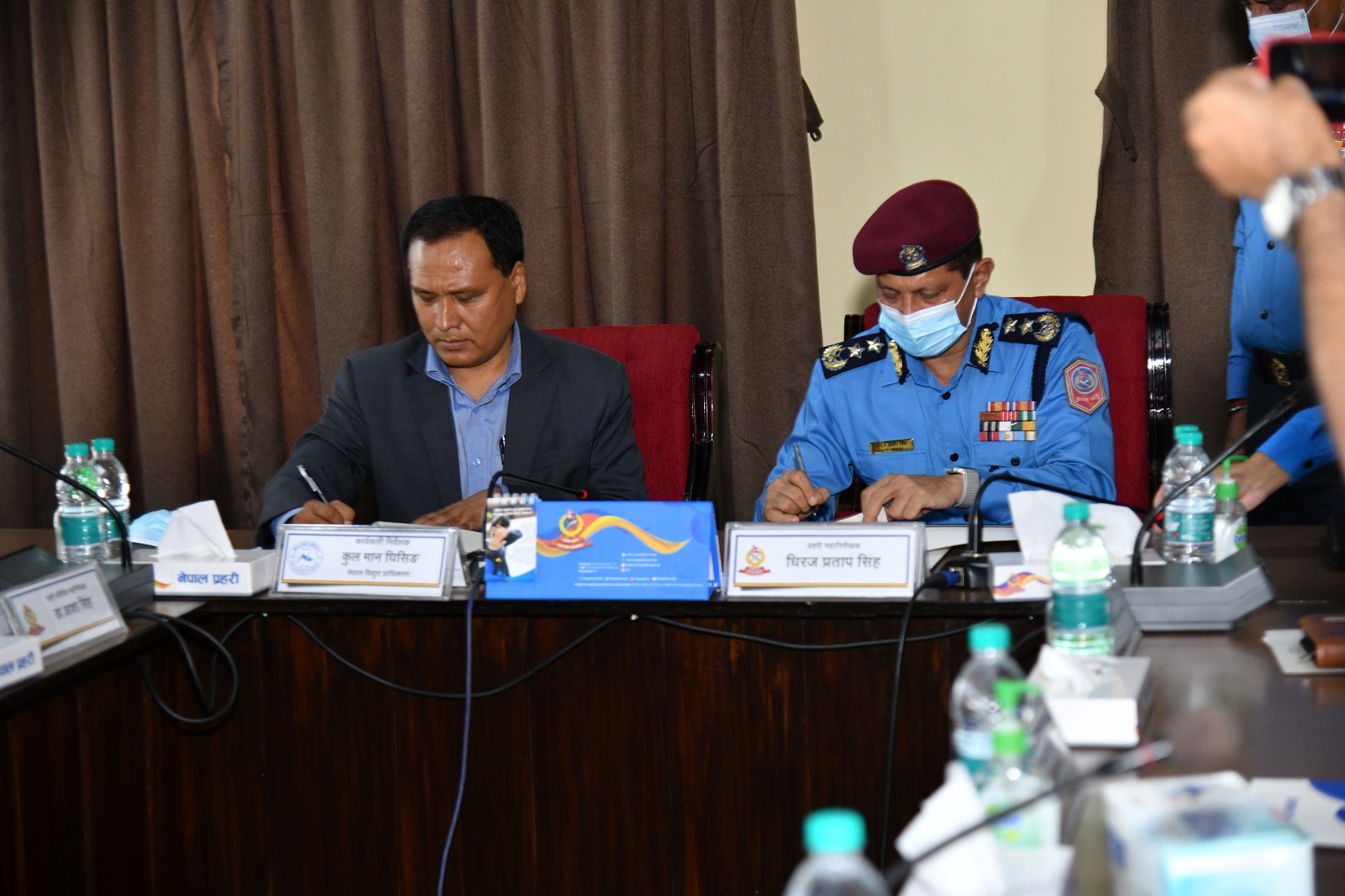 Kathmandu : An MoU has been signed between Nepal Police (NP) and Nepal Electricity Authority (NEA) regarding construction of charging stations for electric vehicles (EV) and its operation.

Inspector General Singh, extending gratitude towards the NEA for the MoU, urged the NEA leadership for expanding charging stations in the police offices having huge workforce.

Stating that Nepal Police had been collaborating with NEA in cases of theft of electricity polls and leakage of electricity, Singh assured that the Nepal Police was ever ready to give security to the charging stations to be built along the highways and hilly areas.

Similarly, Ghising shared that NEA was planning to build a charging station in every 60 kilometres in the highway and opined that the police’s role was very important for the same.

According to him, collaborating with Nepal Police would be very important in addressing the security concerns of the charging stations and issues related to locating the right venue to build charging stations.

The MoU aims to promote usage of EV and facilitate the EVs plying the road and is inked in the context when the environment, ecology and living organisms were being affected by the carbon emission from the fossil-fuel powered vehicles as well as industries. –RSS