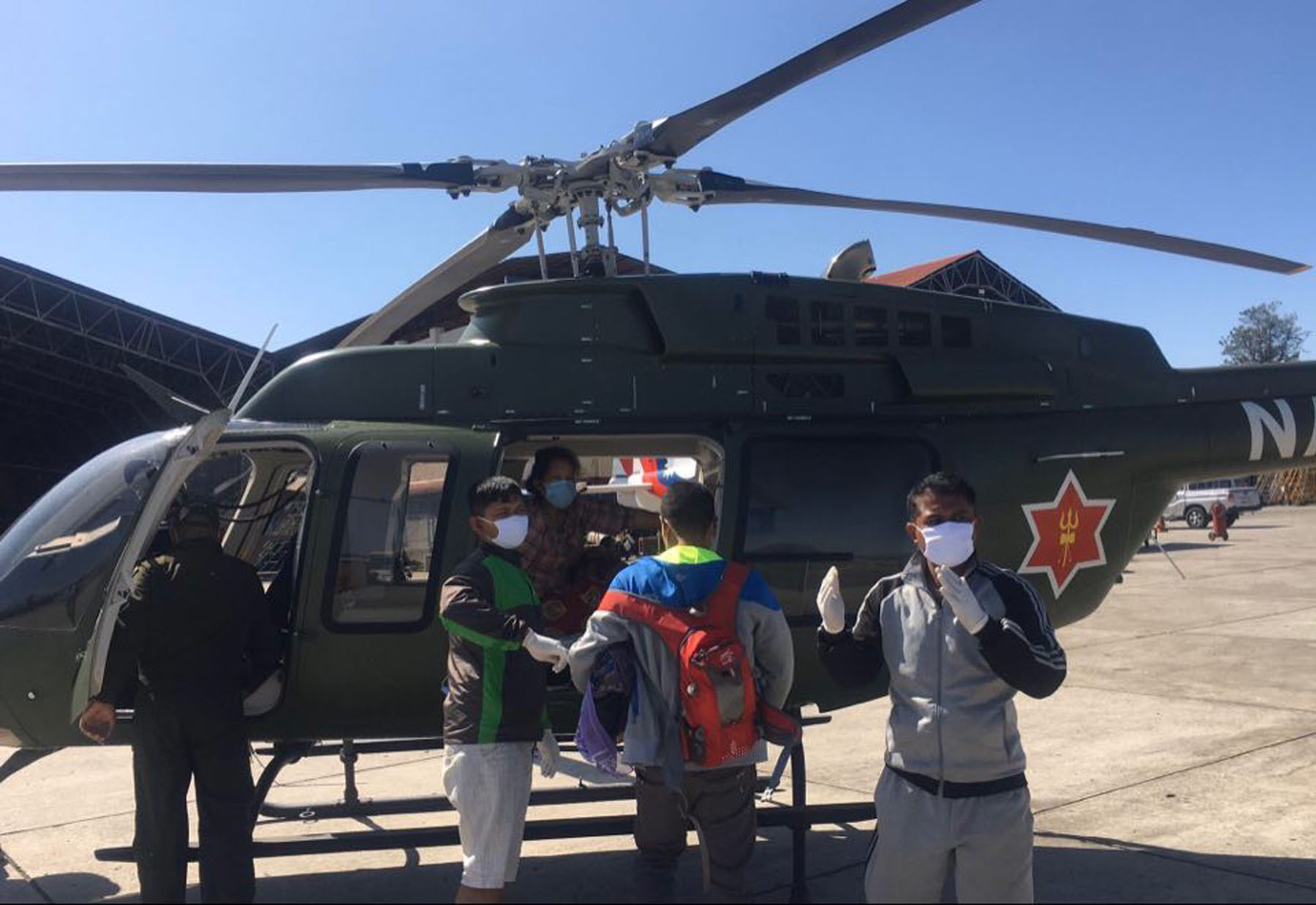 Baitadi : A pregnant woman who suffered complications and airlifted to Simara from Baitadi today survived. Unfortunately, the new born could not be saved.

Life of Bindu Dhami, 20, of Sigas rural municipality-6, Thala was saved following aerial rescue via helicopter. She was airlifted to Surkhet-based Karnali Provincial Hospital via a helicopter of the Nepal Army, her spouse Deependra Dhani shared.

Though Bindu’s life was saved, the fatality of the new born could not be prevented. After surgery, Bindu’s life was saved but the infant was found dead inside the fetus due to long labour pain, Deependra told RSS while quoting doctors attending to the case. Bindu who was experiencing labour pain since Sunday was airflifted to Surkhet on Monday only. Chief District Officer of Baitadi Suresh Panthi expressed his sadness on the fatality. –RSS