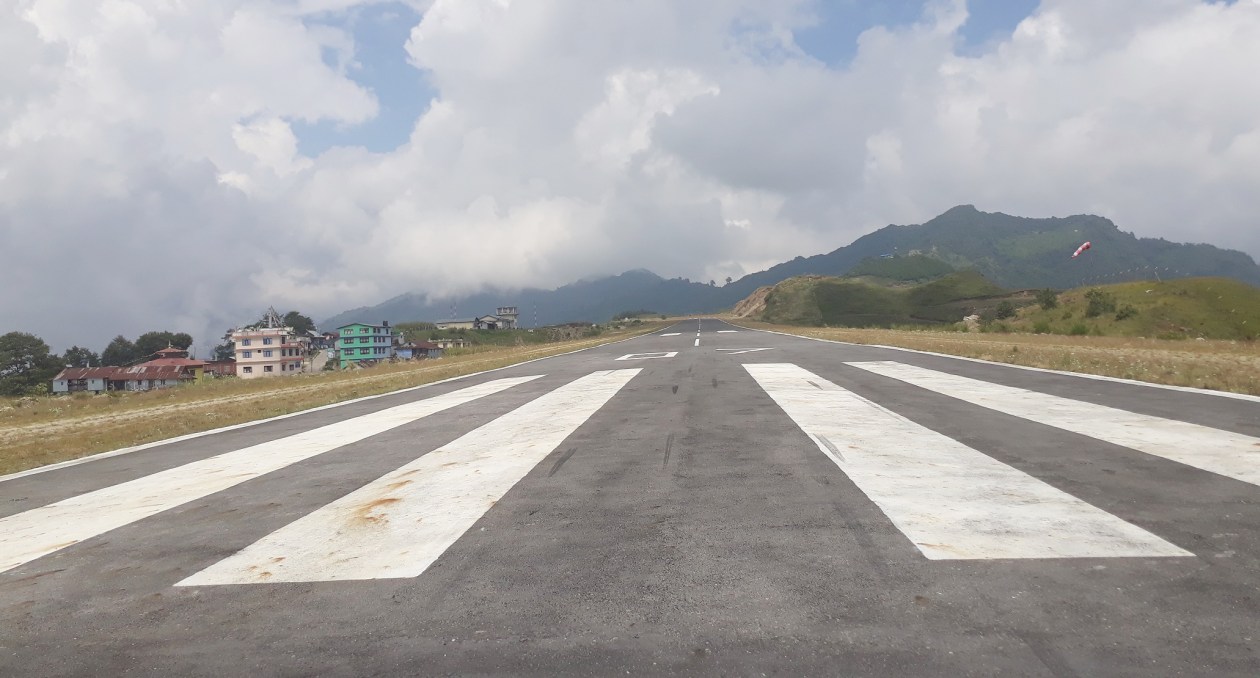 Taplejung : The Suketar Aiport in Taplejung received an aircraft of the Nepal Airlines Corporation (NAC) this morning, the first flight in the past three months.

The flights to and from the airport were off due to unfavourable weather in this monsoon season. Prior to this, the NAC made its last flight from Suketar Airport on May 29.

According to Station Manager Limbu, there will be three scheduled flights now onwards adding that the flights would take place on every Monday, Wednesday and Friday in a week. Considering the flow of air passengers, preparations are ongoing to conduct one flight on Saturday as well, the NAC Office said. The one-way fare from Taplejung to Kathmandu is Rs 9,200.

With the resumption of air service after a long, the tourism entrepreneurs, hoteliers and general public in the district are elated expecting easier means of transportation and good business there. Likewise, the regular flight to Suketar Airport is expected to bring in more pilgrims to the Pathibhara Temple in the district. -RSS