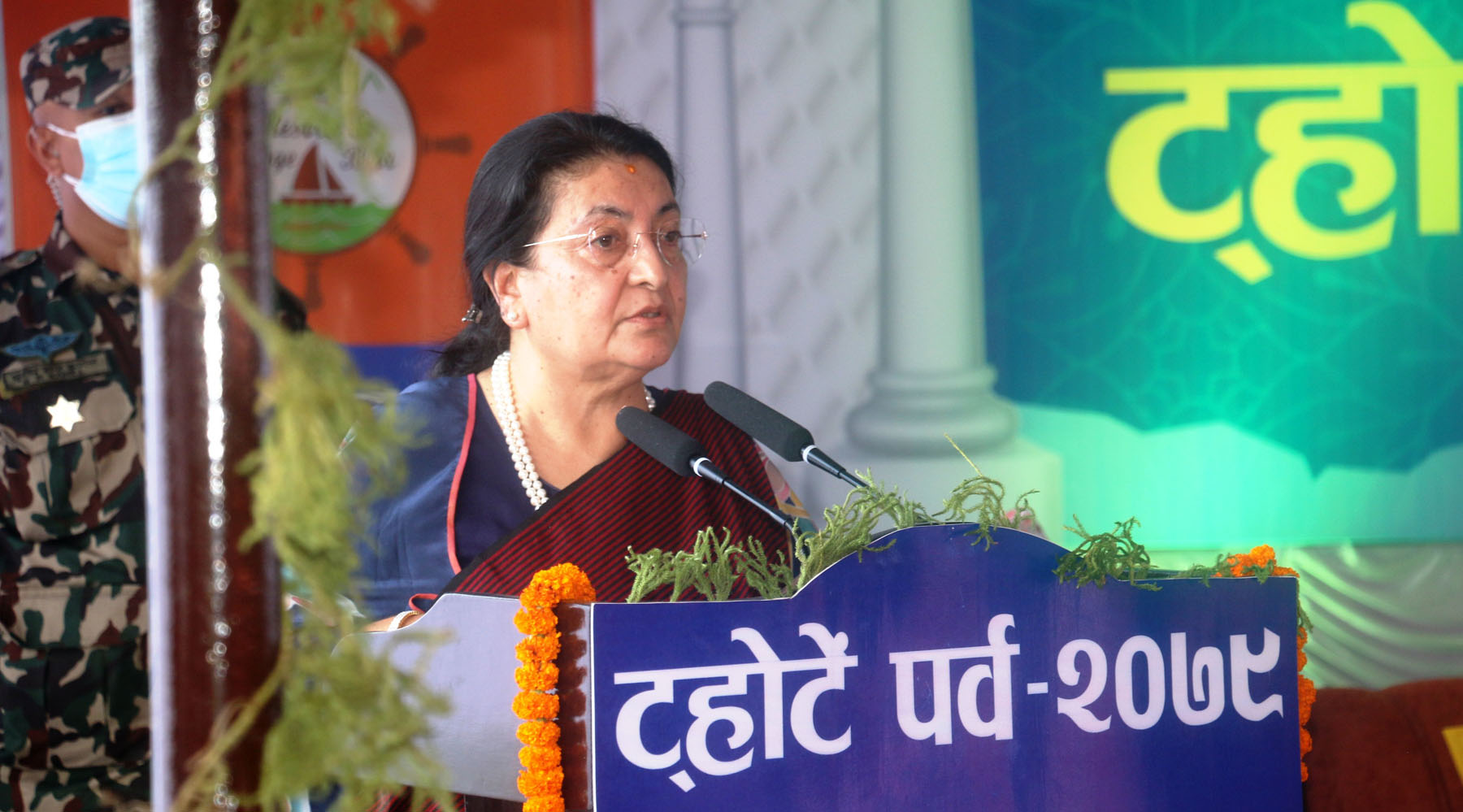 Kathmandu : President Bidya Devi Bhandari has asserted that preservation of cultural festivities was a common responsibility. At a programme organized by the Tamudhin Nepal in Pokhara on the occasion of Tahote, a historical and traditional festival on Tuesday, President Bhandari said that various nationalities and ethnic communities’ role was ‘important’ in preservation and promotion of Nepali cultures.

The Head of the State asserted that the Tahote festival was a unique seasonal festival among all other Tamu’s festivities and believed that the festival would give additional positive energy to eradicate harmful practices, superstition and backwardness.

Similarly, Gandaki Province Governor Prithiviman Gurung pointed out the need for conserving Nepal’s culture and handing over them to the future generations. Asserting that unity in diversity was our uniqueness, he called for working for nation-building by maintaining national unity and goodwill.

Chief Minister of Gandaki Province Krishnachandra Nepali Pokharel shared that the provincial government had taken forward the work to enlist Khlohasothar, the place of origin of Tamu communities, in the World Heritage Site.
This agenda has been included in the provincial government’s annual policies and programmes for the ongoing fiscal year, according to him. “The Gandaki Province, which stretches from mountain to plains of Terai, is rich in art, cultures and festivals of various communities.”

On the occasion, a cultural procession was held from Manav Adhikari Chowk in Pokhara to Naya Bazar. Tamudhi’s president Hum Bahadur Gurung shared that the Gurung communities observe Tahote festival on the last Tuesday of Nepali month of Shrawan and last Tuesday of Chaitra in the lunar calendar. -RSS