Ordinance and bill are not same: UML 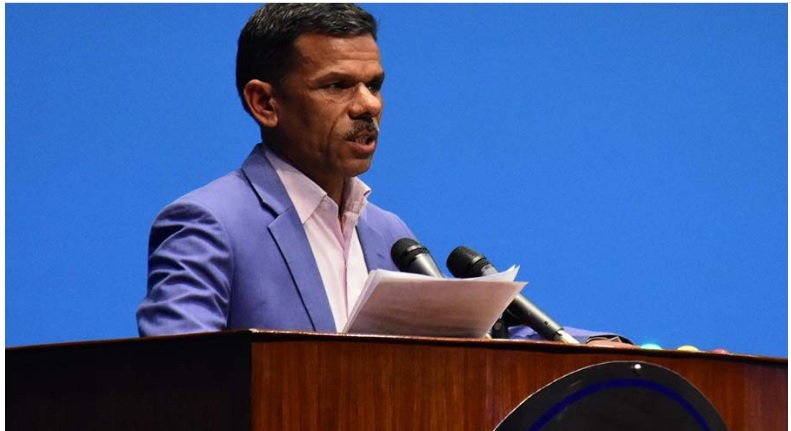 Kathmandu : The main opposition party, CPN (UML), has expressed its objection saying the institution of the President has been blamed over the Citizenship Bill.

UML chief whip Bishal Bhattarai, speaking at the outset of the meeting of the House of Representatives today, said that looking at the ordinance and the bill with the same lens in itself is not tenable. He complained over various comments being made after the President returned the Citizenship Bill which the Federal Parliament had forwarded to her for authentication after passing it to the Parliament for reconsideration.

The UML chief whip argued that some provisions in the Bill are against the country’s interest and stressed that it should be appropriately finalized.

Lawmaker Laxmi Pariyar drew the attention of the House saying the citizenship certificates issued to the members of the Dalit community giving them incorrect and disrespectful names were not corrected yet. She objected saying that although a citizen from Dailekh had applied to the District administration Office for correcting his name in the citizenship certificate, no action was taken on the application and the applicant has been slighted.

Kamala Rokka informed the House about a road accident that happened in East Rukum some days back and called attention of the government to pay attention to improving the condition of the road.

She criticized the government for not giving any attention in improving the condition of the local Sahid Marga road, and for not providing the communication facilities and electricity services in Rukum East, calling for immediately resolving these issues. -RSS