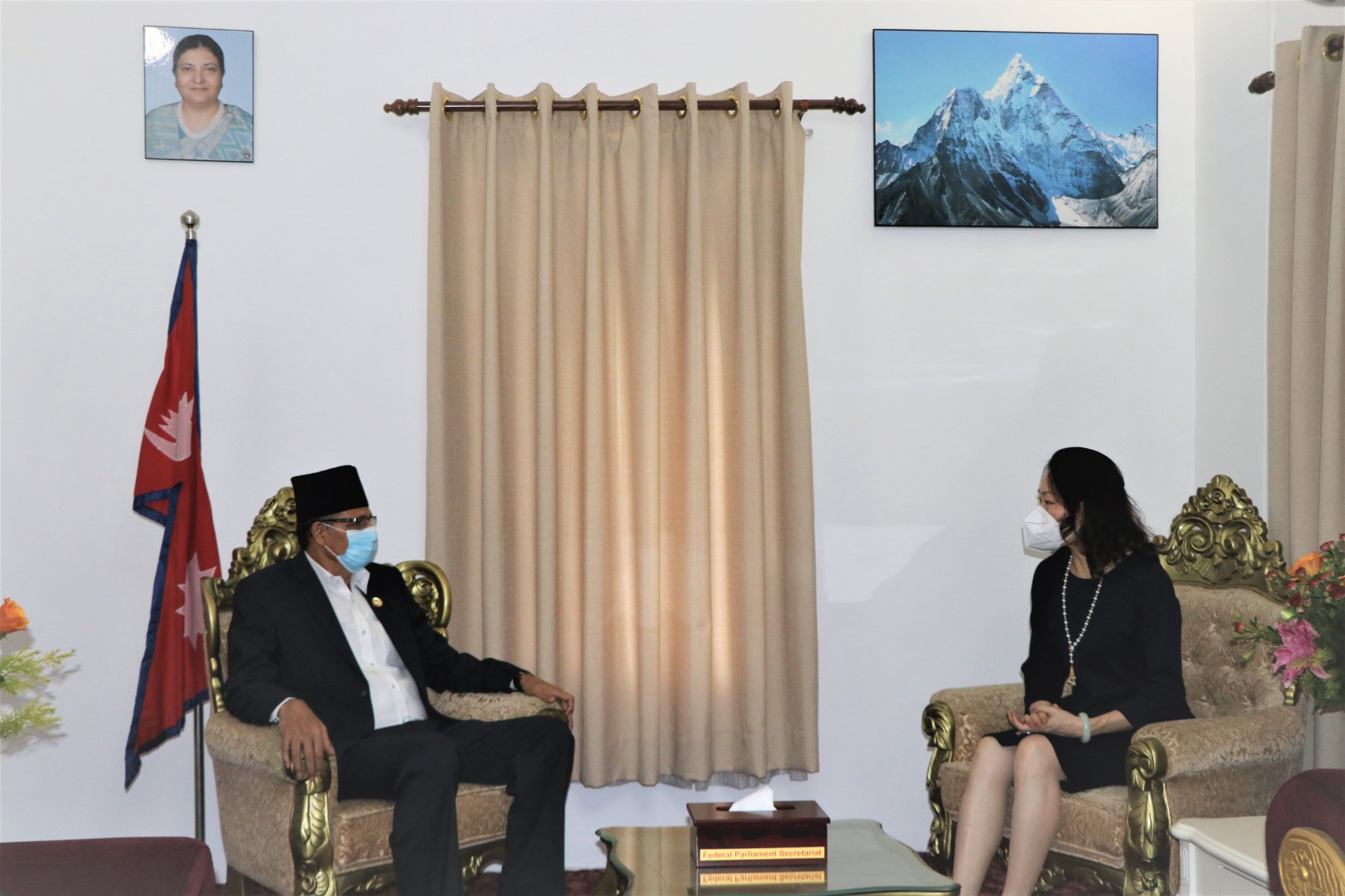 Kathmandu : Ambassador of China to Nepal, Hou Yanqi, paid a courtesy call on Speaker Agni Prasad Sapkota at his official residence at Lainchaur this morning. In the meeting, Speaker Sapkota and Chinese ambassador Hou talked on matters of bilateral relations, mutual interest and concern between Nepal and China.

On the occasion, Speaker Sapkota lauded China for the achievement it has made in poverty alleviation in the recent decade, for the initiatives it has taken to control the COVID-19 pandemic and its maturity as regards neighbourhood policy and international diplomacy.

Reiterating that Nepal is consistently committed to the ‘one China’ policy, he said the country is always conscious and alert not to allow its land to be used against any neighbouring nation. He viewed that all should respect the policy of non-interference on the sovereignty and internal affairs of any nation in line with the United Nations Charter and the principles of ‘Panchasheel’.

Speaker Sapkota recalled his virtual interaction in April with Chairperson of the National People’s Congress of China, Li Zhanshu. He expressed that the bilateral relations could be further expanded and strengthened through the exchange of visits and sharing of experience among the parliamentary friendship groups and the parliaments of both countries.

The Speaker thanked the People’s Republic of China for its continued support to Nepal’s economic-social sector as well as in the fight against COVID-19 pandemic and during big natural disasters.

They also discussed on operation of trade transit points between the two countries.

In the meeting, Chinese ambassador Hou said that Nepal is a good neighbour of China and highly commended the former’s pledge to the ‘one China’ policy. She further said China has always been resolutely supporting the independence, sovereignty and national indivisibility of Nepal.

Ambassador Hou pledged China’s continued support and assistance for Nepal’s development and prosperity in the coming days as well. -RSS