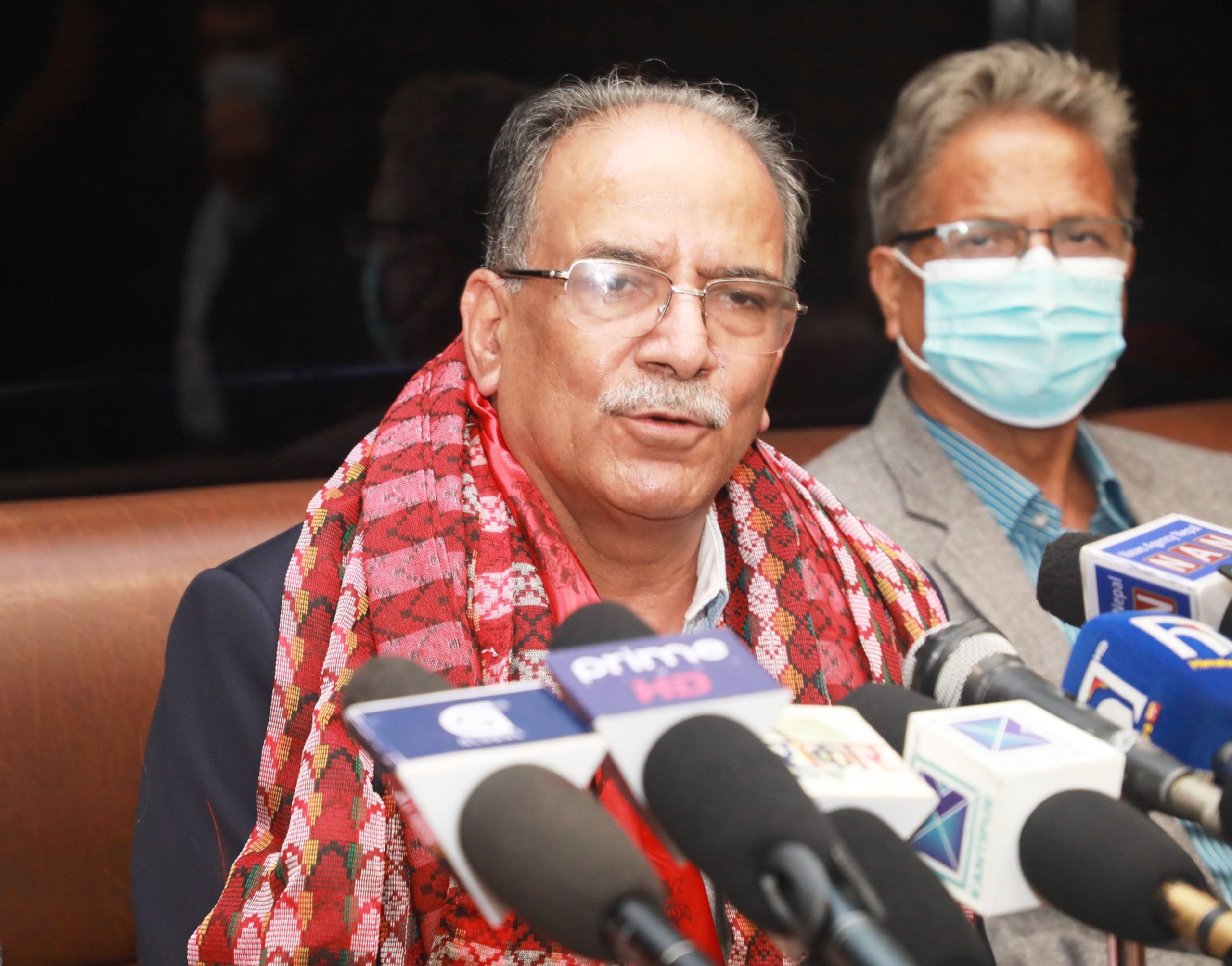 Kathmandu : CPN (Maoist Centre) Chairperson Pushpa Kamal Dahal ‘Prachanda’ has shared that during his Japan visit he had urged the investors to flow investment in the prioritized projects of Nepal.

Talking to the media at the Tribhuvan International Airport (TIA) following his return after wrapping up a five-day Japan visit today, Dahal, also the former prime minister, urged the Japanese side to emphatically invest in the areas of tourism, agriculture, electrification and infrastructure.

Dahal further shared in his meeting with the former general-secretary of Japan’s Liberal Democratic Party (LDP) and Nepal-Japan Parliamentary Committee Chairperson Toshihiro Nikai today he had asked the latter to lend support Nepal in the areas of information technology and waste management.

“Opinions were exchanged in a very friendly manner”, he said, adding both the sides involved in a cordial debate on enhancing bilateral cooperation.

Chairperson Dahal had set out to Japan on August 6 at the invitation of the Nepali Janapragatisheel Munch Japan. In course of his visit, Dahal had observed the progress Japan has so far made in the area of agriculture, science and technology, tourism promotion, reconstruction and infrastructure development, his secretariat sources said. -RSS