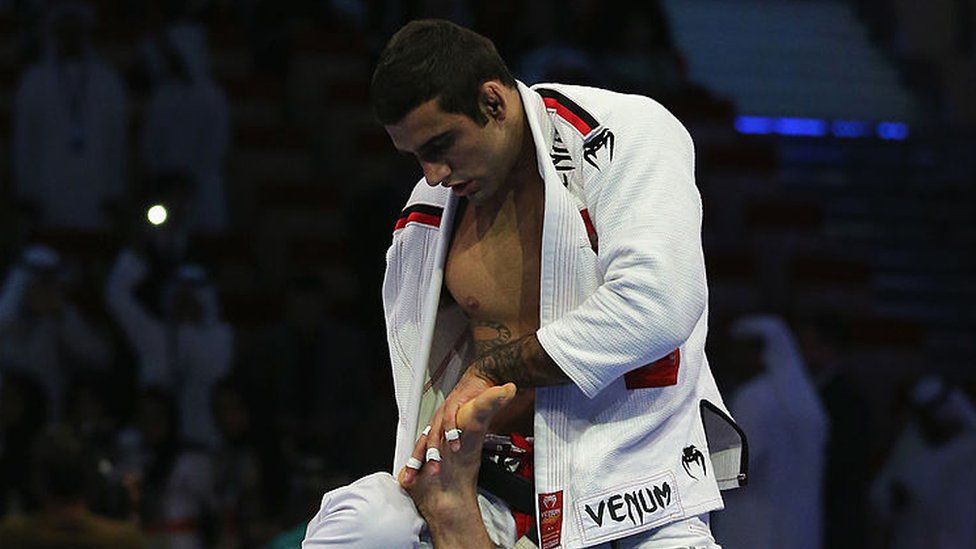 Kathmandu : One of Brazil’s greatest Jiu Jitsu champions of all time, Leandro Lo, has been shot in the head in a nightclub in Sao Paulo.

Lo, 33, was at a club in the Saude neighbourhood when he was allegedly shot by an off-duty police officer who is now on the run, police said.

Lo was taken to hospital where he was declared brain dead hours later.

He was one of the most successful Jiu Jitsu athletes of all time, having won the World Championships eight times.

According to a police report seen by local media, Lo – whose full name is Leandro Lo Pereira do Nascimento – was approached by an off-duty police officer while out with friends at the Clube Sirio – a sports and social club to the south of the capital.

Witnesses said the police officer started making threatening gestures with a glass bottle at the table. Lo then immobilised him and told him to go away.

The police officer then allegedly pulled a gun out and shot Lo in the forehead, police said.

Lo was rushed to hospital, where he was declared brain dead, according to his family lawyer. His family said his condition is irreversible.

An attempted murder investigation has been opened and police are searching for the suspect, police said.