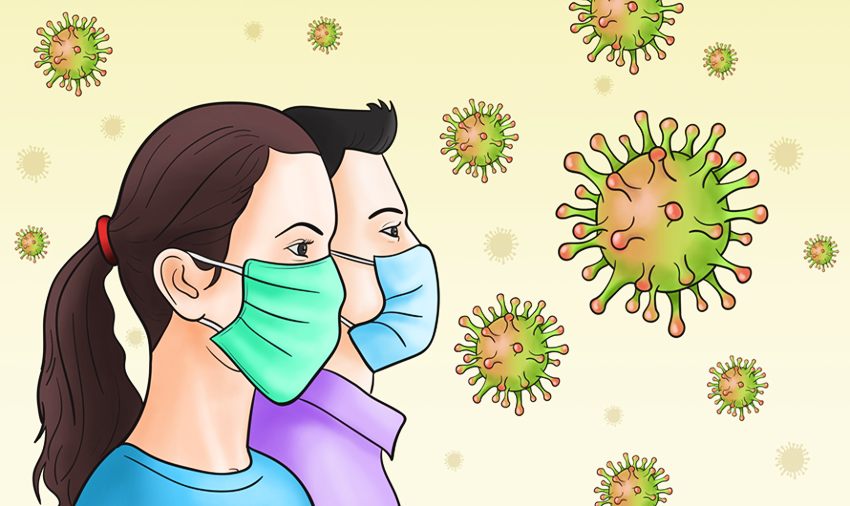 Kathmandu : COVID-19 is on the rise in the country with the increasing number of new cases reported since the past week. The surge in the infection follows increasing cases in neighbouring India, with easy cross border mobility of people due to the open border.

The country has already reported Omicron’s sub-variant, BA.5 and its transmission rate is much higher, thus contributing to the surge, said health workers.

At present, the infection rate was over 15 percent against 0.5 percent some weeks earlier. The total cases of 915 were reported on July 3 whereas the figure was 638 nine days ago.

The infection statistics indicate the occurrence of the fourth wave, according to Dr Samir Kumar Adhikari, joint spokesperson for the Ministry of Health and Population.

The government does not officially announce the wave as the statistics themselves suggest it, he said. “In the past too, we did not announce any wave. Neither will we do so this time. But the caseload have indicated another wave.”

Dr Khageshwor Gelal, senior health administrator at the Epidemiology and Disease Control Division under the Department of Health Services and public health expert Dr Sagar Raj Bhandari concurred with Dr Adhikari on the indication of the occurrence of the fourth wave.

“The government does not officially announce the manifestation of the virus. But, hundreds of infection cases taking place in recent days indicate the occurrence of the fourth wave,” said Dr Gelal.

Infection rate rising above five percent is considered to be another wave, said Dr Bhandari, adding that “the figure at present has been around 15 percent.” In general, the rate goes down only after getting to its peak, he said.

Although BA.5 sub-variant is transmitted rapidly, it does not turn out to be serious, he said. He urged all people to follow the health protocols and get administered fourth dose of the vaccine.

Meanwhile, in view of the latest infection risks, the Ministry has directed health institutions and concerned authorities to manage early treatment.

Seventeen hospitals across the country have been designated to provide treatment to infected people. Likewise, the government has asked people to follow health protocols like compulsorily wearing facemasks and using sanitizers and not attending and hosting gatherings.

Of the virus-related deaths that took place lately, 80 percent were found in those who had not taken the COVID-19 vaccine, said Dr Gelal. -RSS